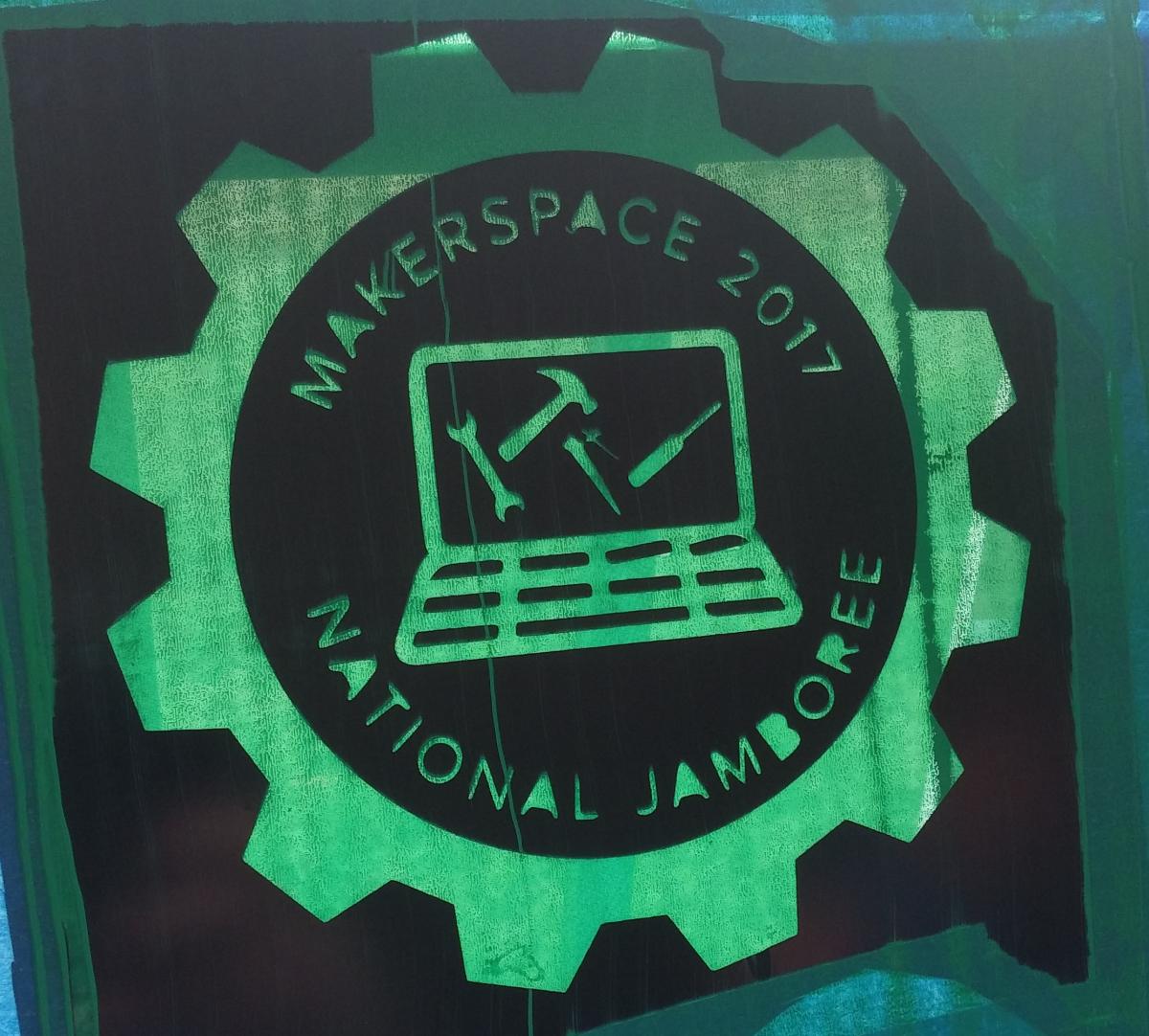 From July 23 to the 25, myself (Jeff) and Elise Spontarelli were invited by Cognizant to attend the Boy Scout National Jamboree as a part of the STEMQuest village in order to help facilitate the stations available for scouts. Among the activities available were drone flying with the new DJI spark, block programming with the BBC Micro:bit, CNC milling with Shopbot, soldering skills (led by yours truly) and screenprinting (led by Elise). Overall, there were several hundred scouts that passed under our tent in the day and a half that we were working, and a grand total of 50,000 scouts and staff in attendance for the whole 2 weeks.
What was particularly impressive about the whole experience of being among all of these scouts was the willingness they had to learn and take apart things to figure out how to repurpose them in unique ways. One story we heard in fact, involved a student who was so energetic to take apart a laptop that he drilled directly into a laptop’s battery, causing a fire on the scrap electronics table. Thankfully while we were there the level of excitement was considerably less, but the amount of creativity demonstrated was unlike anything I’d ever seen from that age group before, and the level of skill demonstrated reshapes what I believe this age group can be capable of in the world of making.