If someone said to me “Quick! Take a picture!” my first instinct would probably be to grab my smart phone. Before smart phones and digital photography, though, there was film. Film photography has been around for over a century, but, if you are like most people, you haven’t use film in a long time (if ever). A few fellow VS members and I recently explored the wonderful world of film photography.

In order to shoot film, first you need a film camera (crazy right). Luckily, these are still easy to come by. You can get good deals on used film cameras on Ebay or from KEH, but before you buy one, make sure one of your friends or family members doesn’t have one knocking around in the attic. The cameras we used were:

Using older cameras like these really forces you to slow down and take your time composing, manually focusing, and setting your exposure. With film, you don’t have the luxury of instant feedback on the shot you just took so you have to be patient.

Now for the film. The cameras that we used all take 35mm film, which is still manufactured by quite a few companies in several varieties. We chose to work with black and white negative film because its fairly easy to develop and make prints. Processing the film to produce the negatives required the following steps:

Using the Film Developer app works great to keep track of all the times for each step of the process.  If you have a negative scanner such as the Epson V600 you can scan the negatives to get digital images.

Armed with our processed negatives we were now ready to make our prints.  For this we attended a Darkroom Photography class at the Academy Center of the Arts. In the darkoom, where we produced our prints, the only light available is a dim red light. We used enlargers to project light through a negative, producing an enlarged image on photo paper. The darkness of the image produced depends on the amount of time the paper is exposed to the image. You can zoom in on the image and crop by increasing the distance of the enlarger head from the easle. We were able to dodge (lighten) and burn (darken) the print by actually blocking light from some areas while letting it shine longer on others. After we exposed the paper, we put it through a series of chemicals similar to how we developed our negatives (developer, stop bath, fixer, rinse). Seeing the photographs appear on the paper (like magic) as it develops was absolutley amazing!

We all had a great time producing some great photographs, handling each part of the process ourselves. We hope to setup our own enlarger and darkroom at Vector Space. Jeff and I are also looking into some interesting alternative developing agents like coffee and sage!

I would like to thank Kelly Posenauer for setting up the Darkoom Photography class at the Academy Center of the Arts and Kenny Weinfurtner for being an excellent instructor in the darkoom. 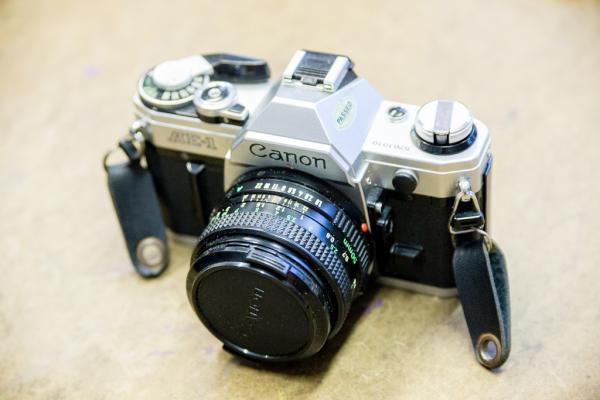 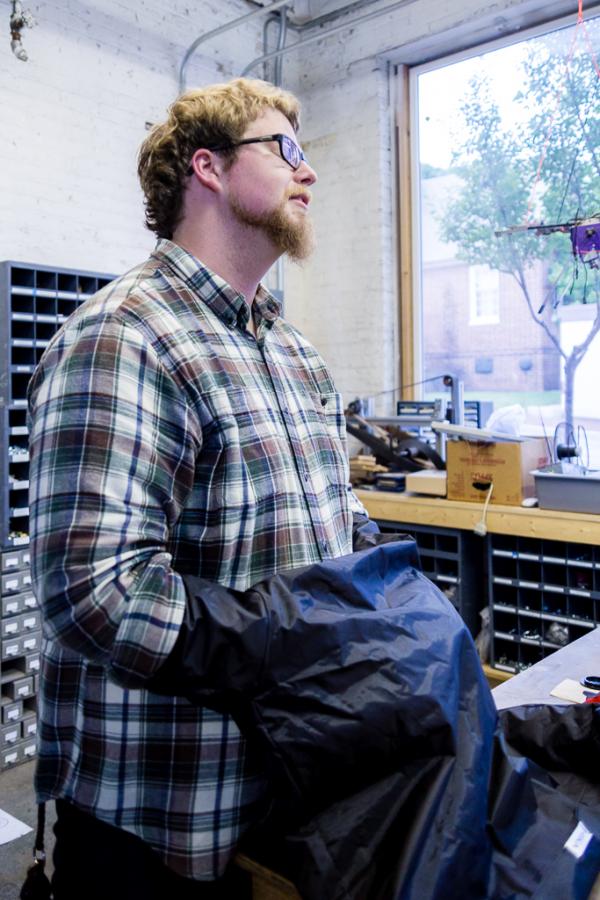 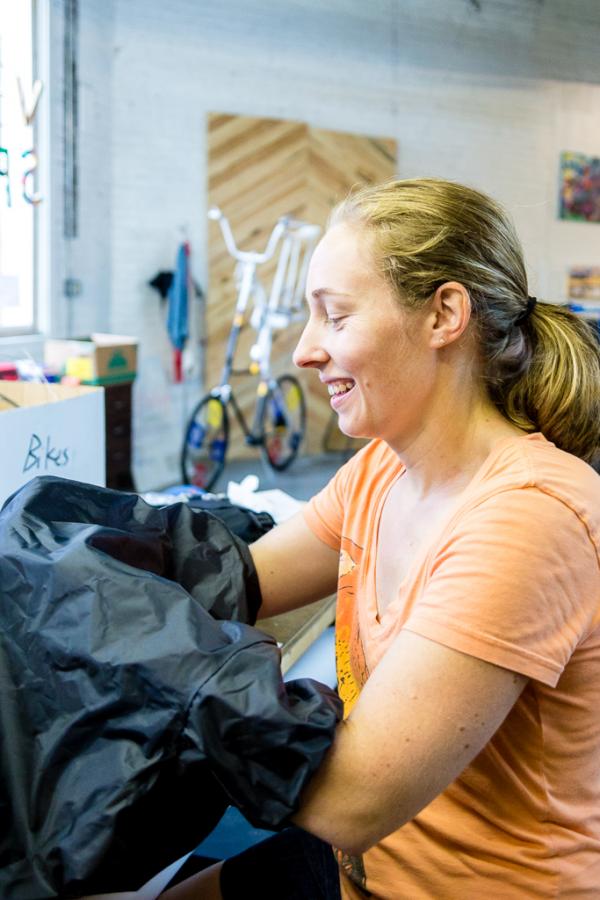 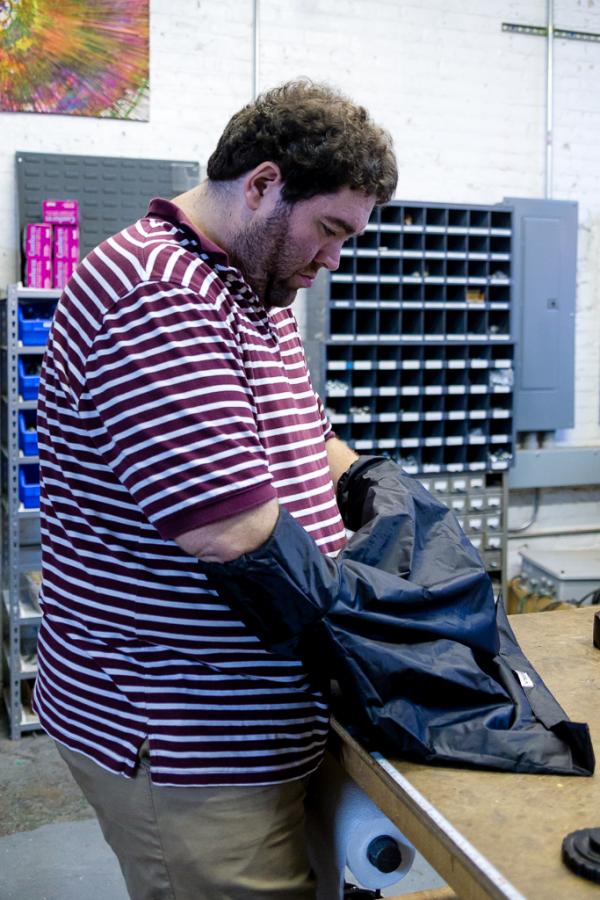 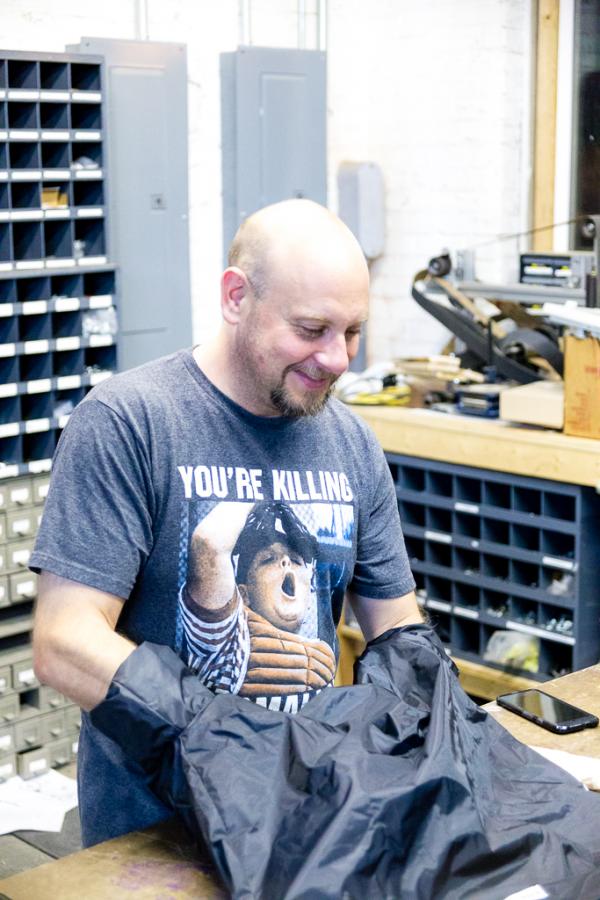 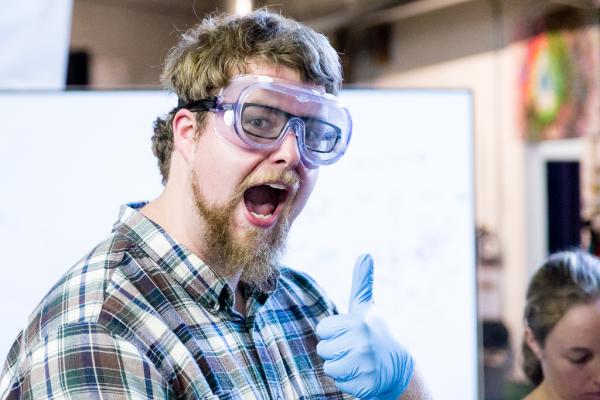 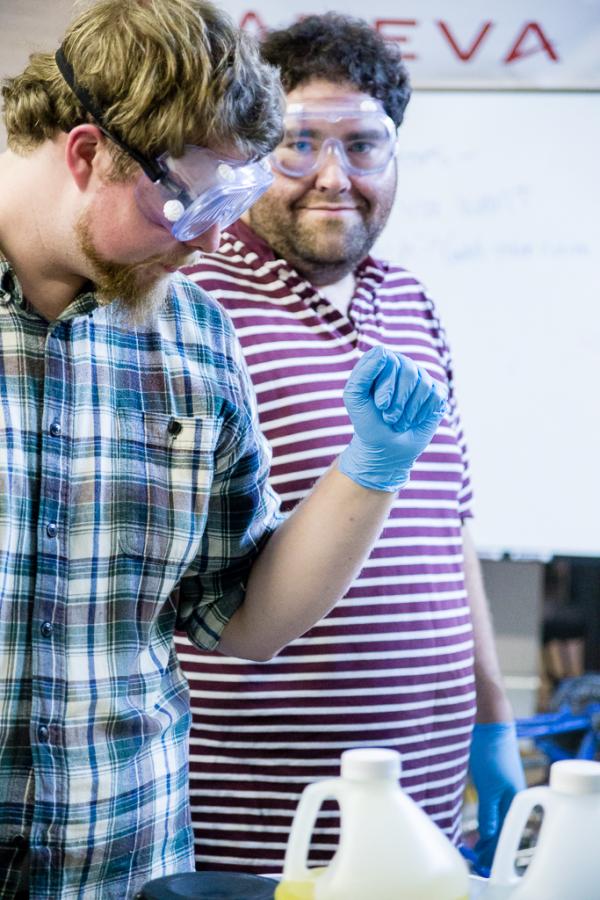 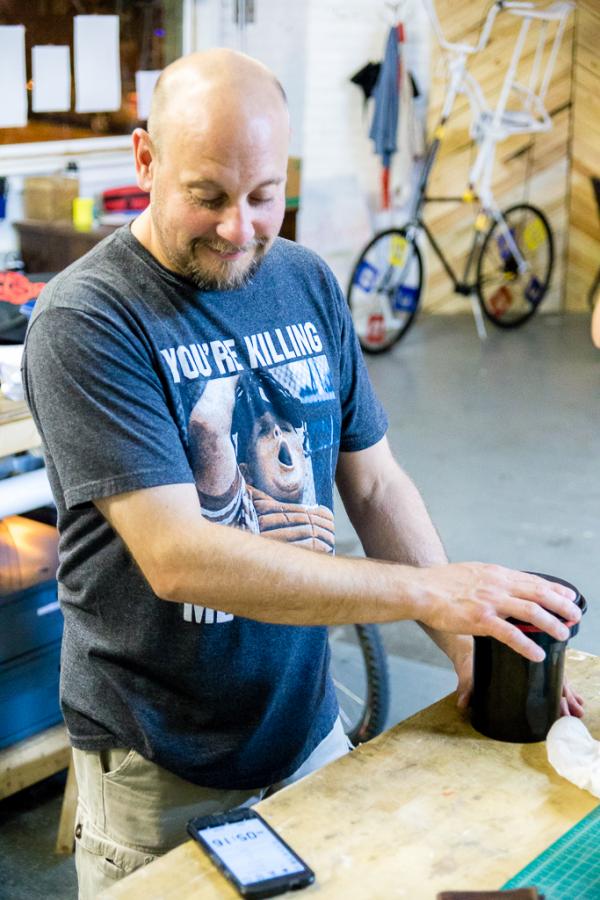 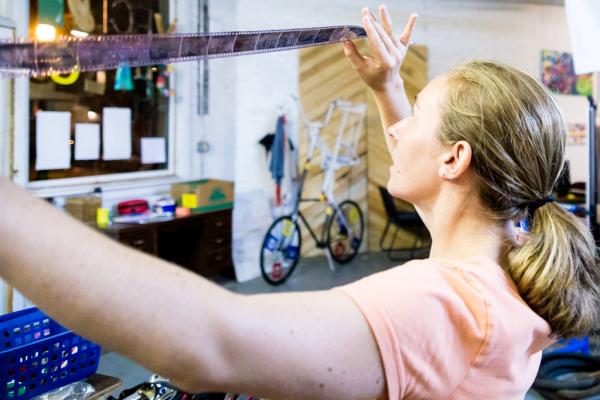 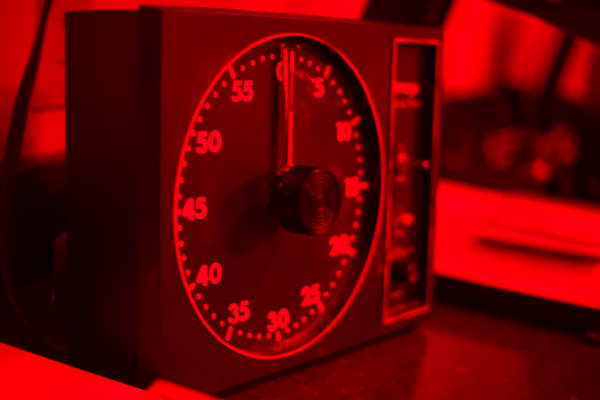 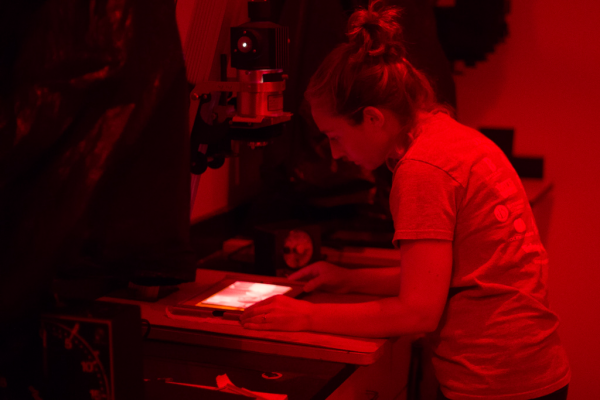 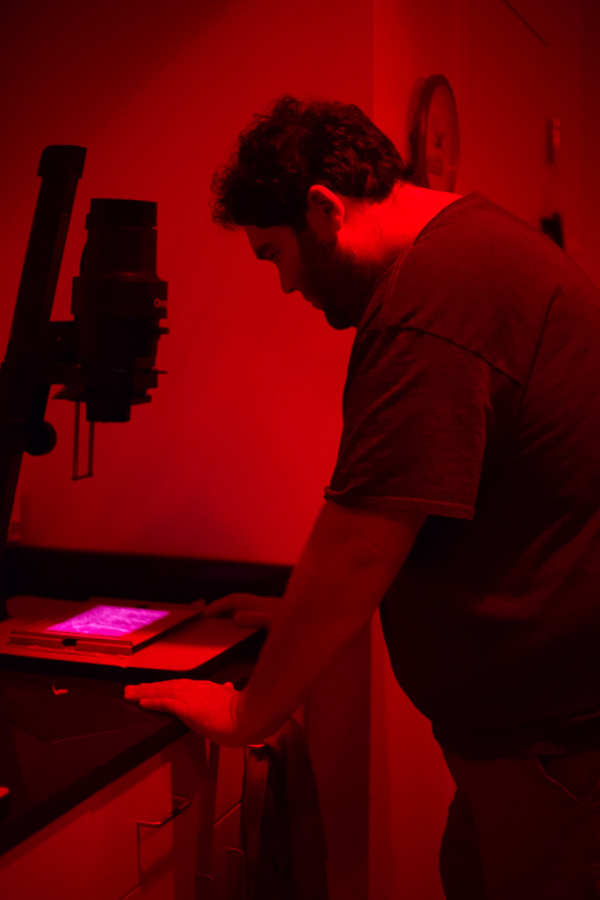 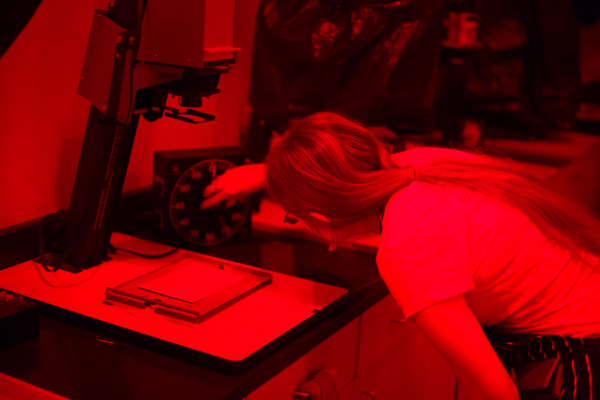 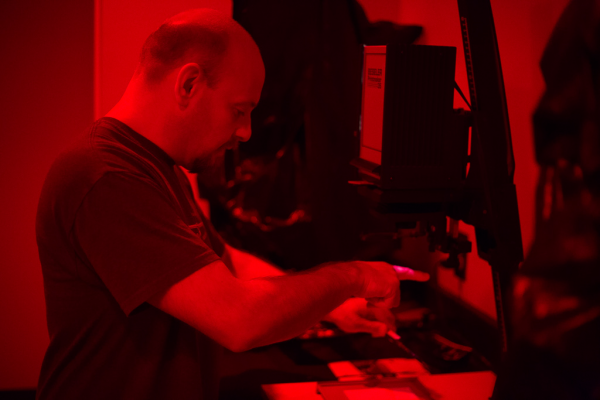 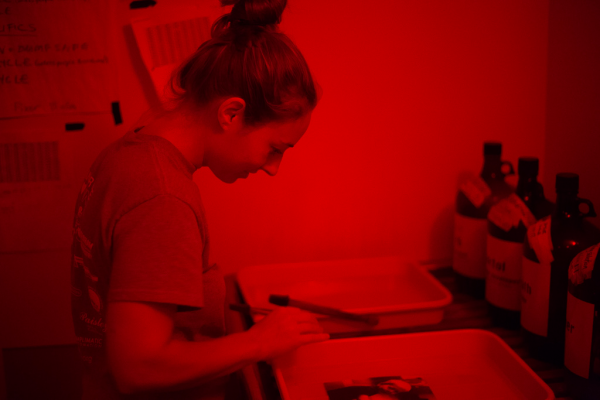 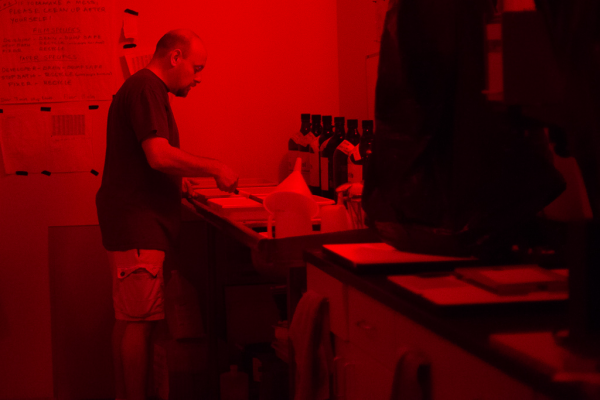 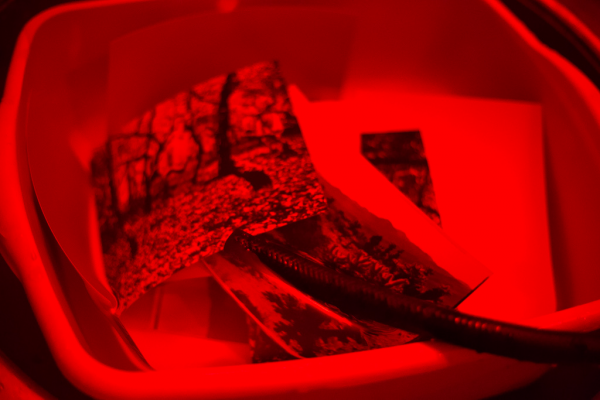 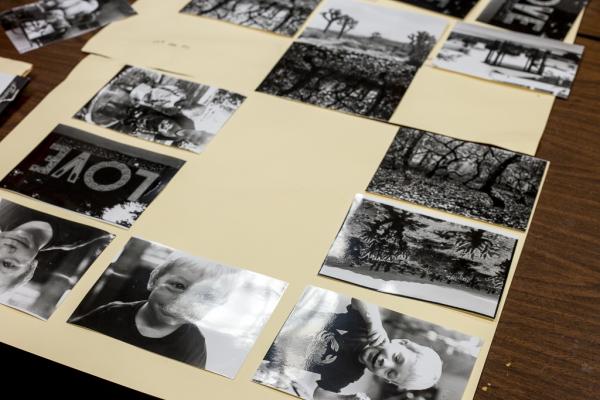