Makerspaces bring to their communities a value that can be hard to quantify or even succinctly describe, it's not job creation or number of students served or products produced, though those outcomes certainly do exist, it's something a little less predictable and perhaps best conveyed by a story.

Three years ago one of our members told me about a friend of his who ran a manufacturing company in town and was trying to get rid of one of their large, industrial CNC routers, they'd be happy to donate it to us. On the surface this may seem like a no brainer, CNC routers are commonly found in makerspaces, and a full size router like this one is extremely valuable. But at the time, we were smaller and space wasn't plentiful, and what seemed a great gift would have only served as an obstacle to more making. Fast forward two years and we get an email directly from the owner of ABLCo, repeating the same offer. The difference this time is that we have since expanded, adding another 4,000 sqft to our makerspace. While there were still a number of logistics to figure out, I took up the invitation to come take a look at the machine. 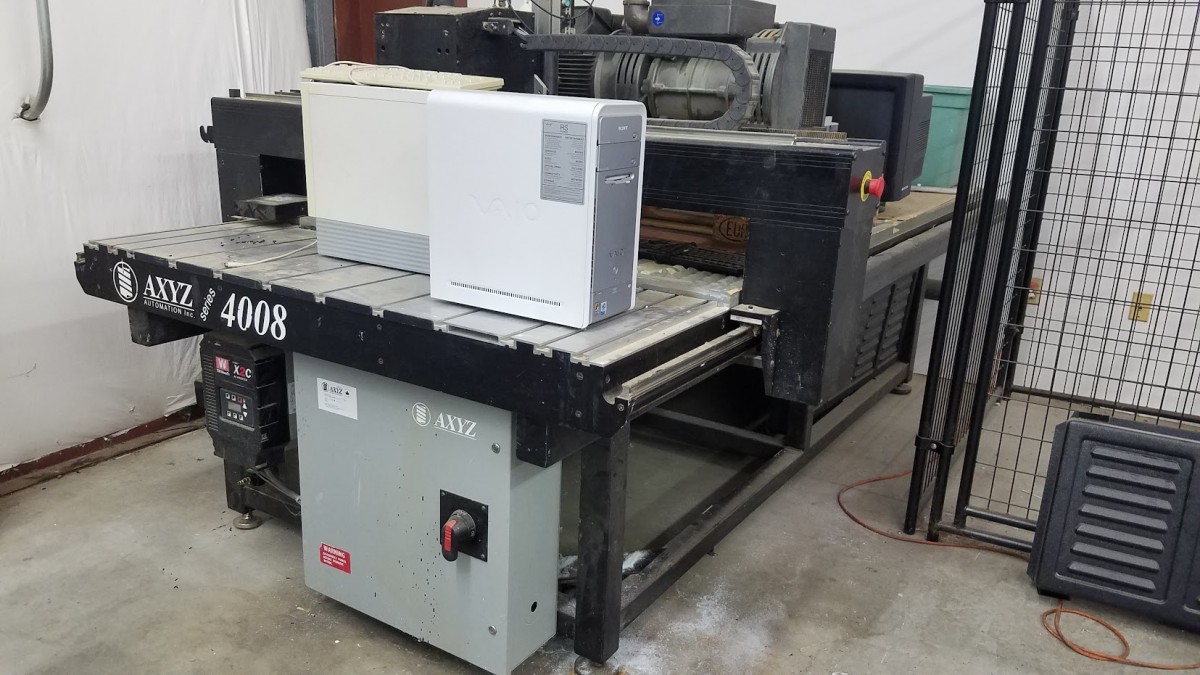 There it was, a behemoth, sad and neglected, shoved into a corner and buried by other equipment, including the Pentium I computer, fully equipped with 3.5" disc drive, used to control the machine. There was a bit of water damage on one corner, some swelling of the wooden table and rusting on the linear rail, but nothing too bad. Alongside it was a 10 horsepower vacuum pump, and from my inability to move it or even to bump it any detectable distance, I'd estimate it weighed 500 pounds. The router itself, we were told, weighed another 1300 pounds.

The owner of ABLCo, Bill, bought this machine back in the 90's with the goal of going into business for himself. He taught himself what he needed to know, started finding work, and before long, outgrew his basement and started acquiring newer, more powerful machines. It became clear in talking with him that the reason this machine found itself in the corner was that it was no longer productive compared to the newer machines, but it remained as an artifact too sentimental to let waste away in the scrap yard. But the rest of the employees seemed to have Bill convinced that the time had come to say goodbye and make room for the future.

Moving heavy machinery can be a difficult task, though it can certainly be done by oneself or hired out. The same goes for machine restoration, electrical work, the necessary electronic retrofit and software configuration. The trouble is that this combination of skills almost never exist in a single person, and for a company to justify the cost of contracting the experts needed to complete this work, they need to see a net return on investment. And this is why a machine that cost $37,000 in 1992 can languish away in a corner or find itself on its way to the dump without having any major deficiencies. For those not well versed in CNC routers, I'll simply point out that this isn't the equivalent of an old computer or even an old car. An old CNC router is just as accurate and powerful as a modern one, it's major failing is that it isn't as fast, but what a production environment would call slow still qualifies as swift for the hobbyist and would hardly be considered a flaw. There is of course the obsolete computer once used to drive the machine, but this can be modernized at a relatively low cost. So you have a machine that companies find unprofitable, and therefore not worth rescue, and one that individuals meanwhile salivate over, but don't have funds or knowledge necessary for rescue. You're left with a makerspace that cultivates and collects the necessary knowledge and skill required to bring this machine to the hands of people who still see a great deal more life in it.

Once our homework was finished and we knew what needed to be done, we put together teams for each aspect of the rescue and got to work. Our movers brought their trucks, trailers, pallet jacks, and gantry cranes, while our member who owns a climbing gym rigged the machine with climbing ropes, and together they transported the machine to our building, up the ramp, up some stairs, smashing through an undersized doorway, landing gracefully in its target position. Others took to the task of restoration, replacing a worn linear bearing, cleaning and re-greasing the rails, replacing and leveling the spoil board, and adding new emergency stops. We ran two new electrical circuits, one for the router and one for the vacuum pump, which also needed to be vented out the roof. We gutted the control cabinet, throwing out the computer and motor controller, replacing them with modern controls that can be interfaced to a modern computer and ultimately driven by a Bluetooth Super Nintendo controller. It was three months of work, shared between a dozen members of the makerspace, all bringing their expertise to help get this machine operational again. In truth, it's likely working better than ever before, as we even added features like spindle speed control that weren't originally in use.

In the end, we have a machine that hobbyists and entrepreneurs are already keeping busy, prototyping inventions, making interactive art, signs for their businesses, and furniture they can snap together like a 3D puzzle. But while the robot does its work, the users stays busy exercising their brains, learning from one another and thinking of the next thing they'll make.

I would like to thank Bill and Adam from ABLCo for their generosity and patience, as well as our invaluable volunteers; Chaz, Ken, JB, Jeremie, and Darrell. 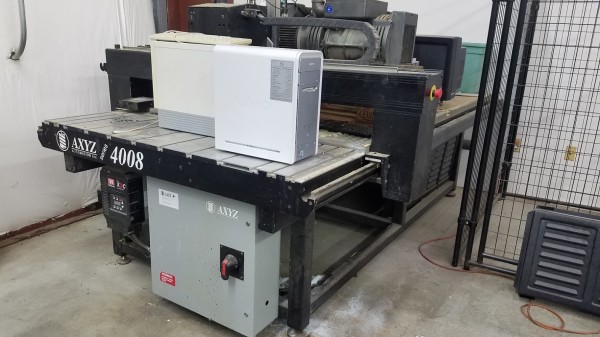 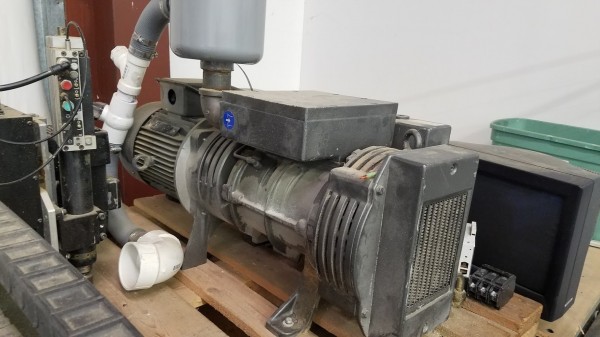 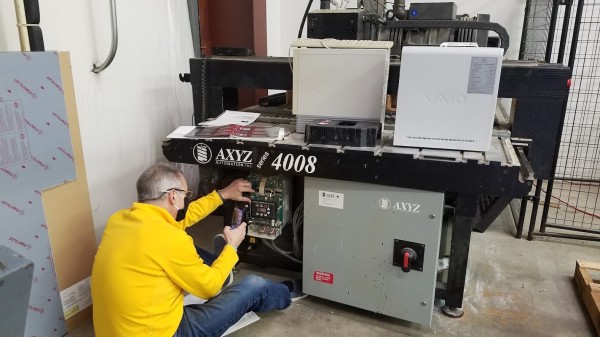 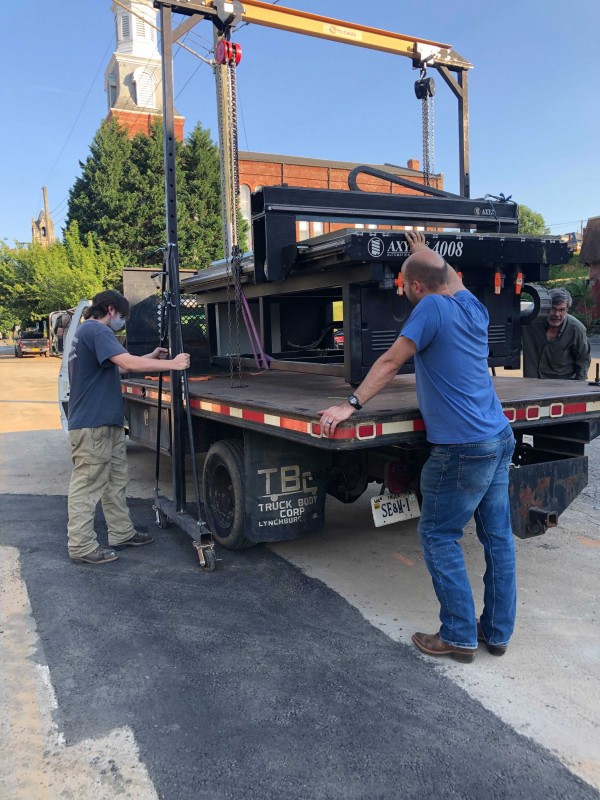 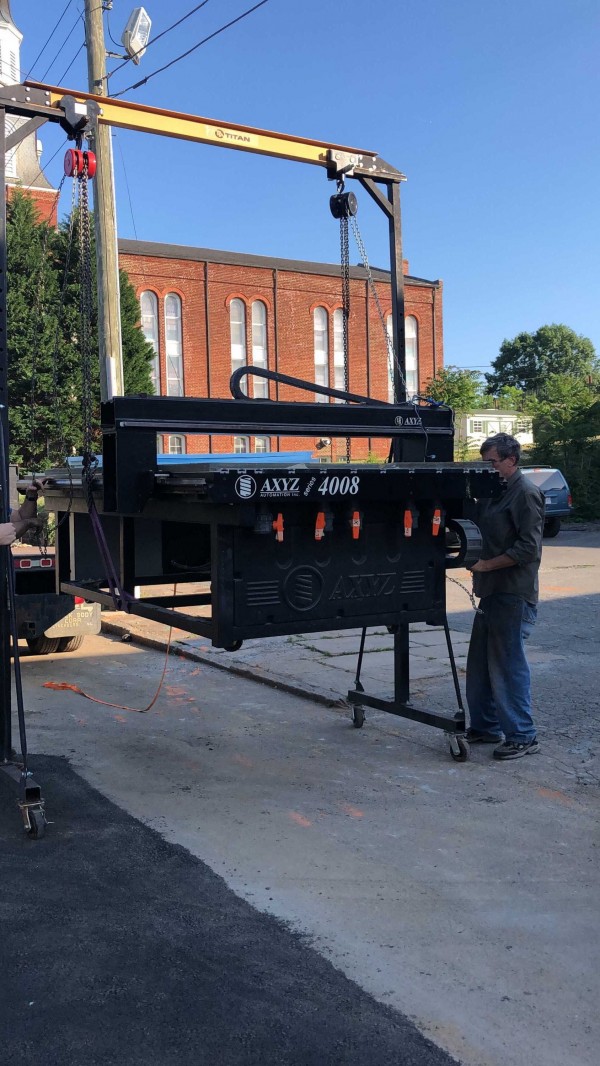 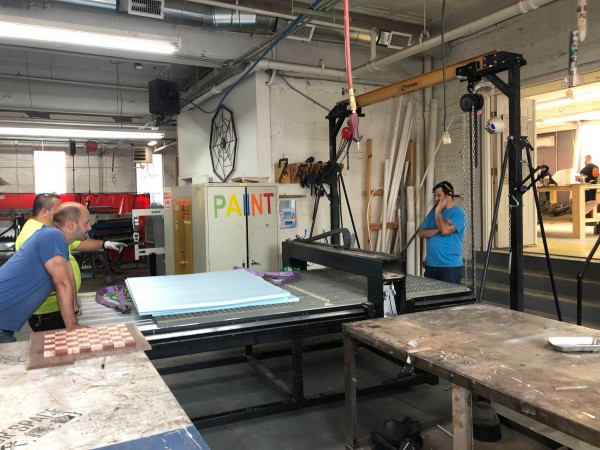 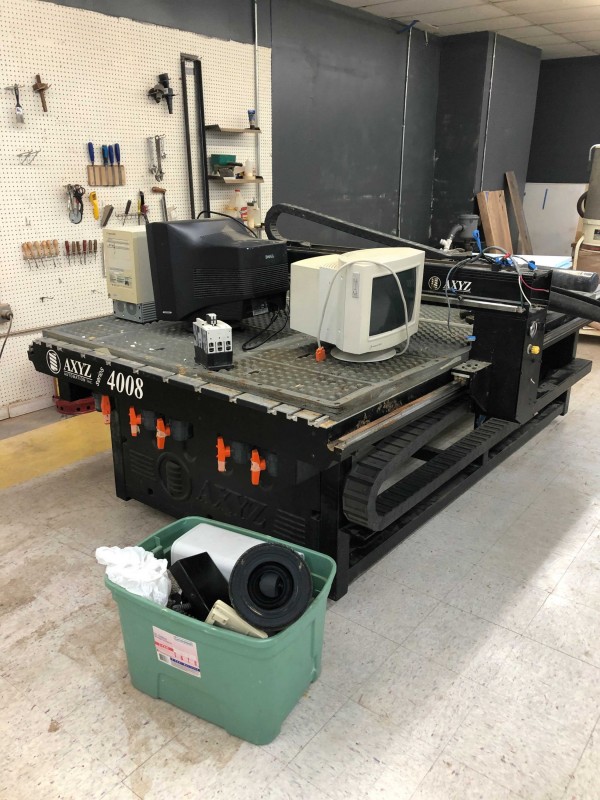 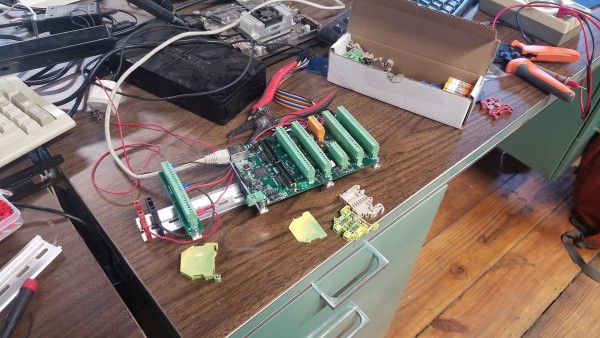 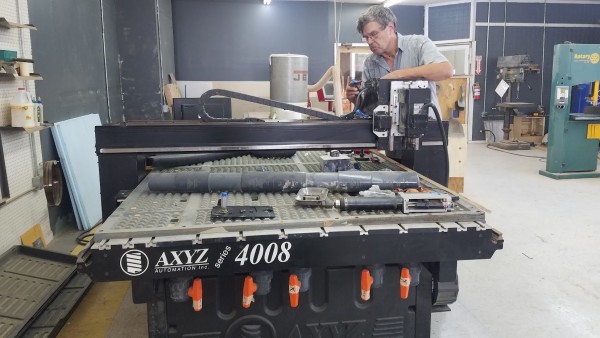 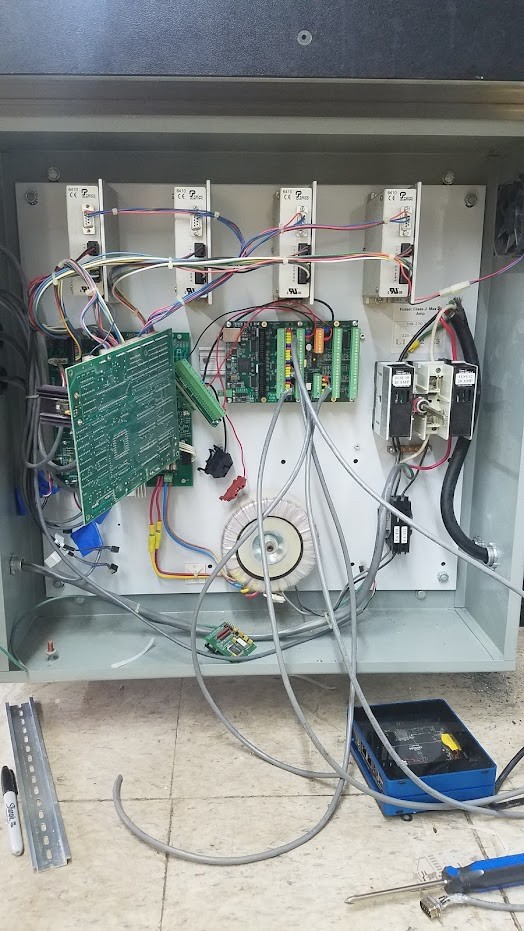 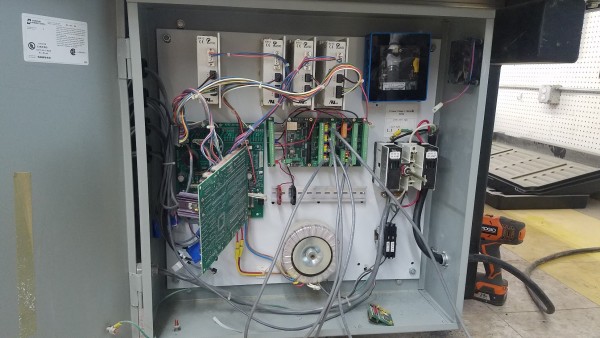 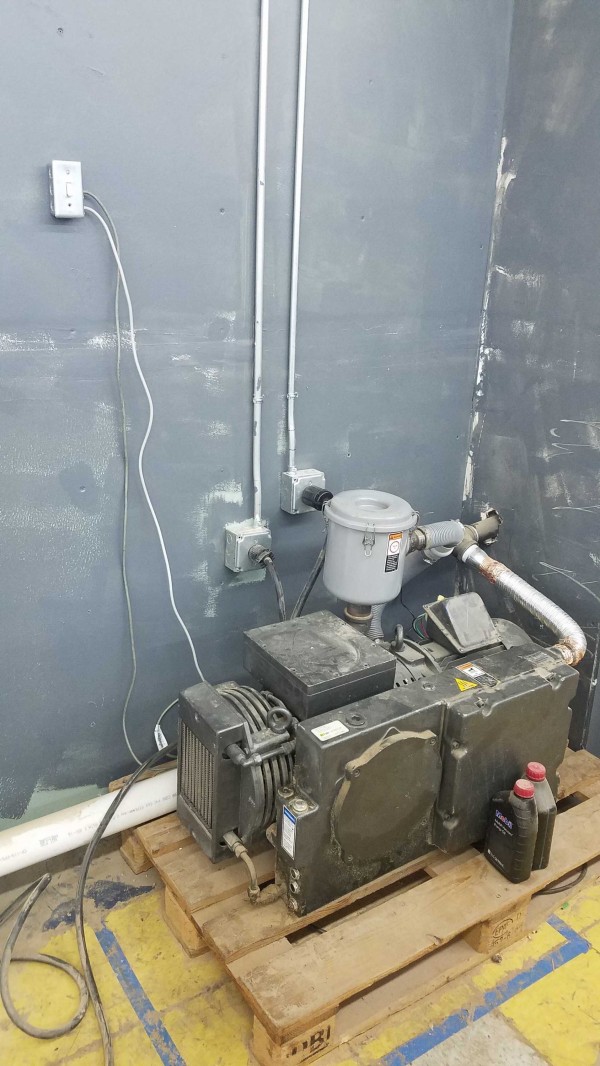 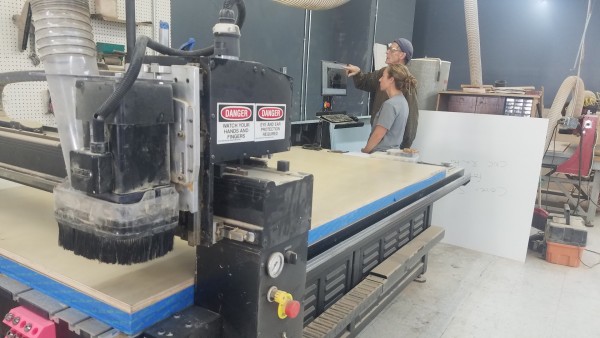 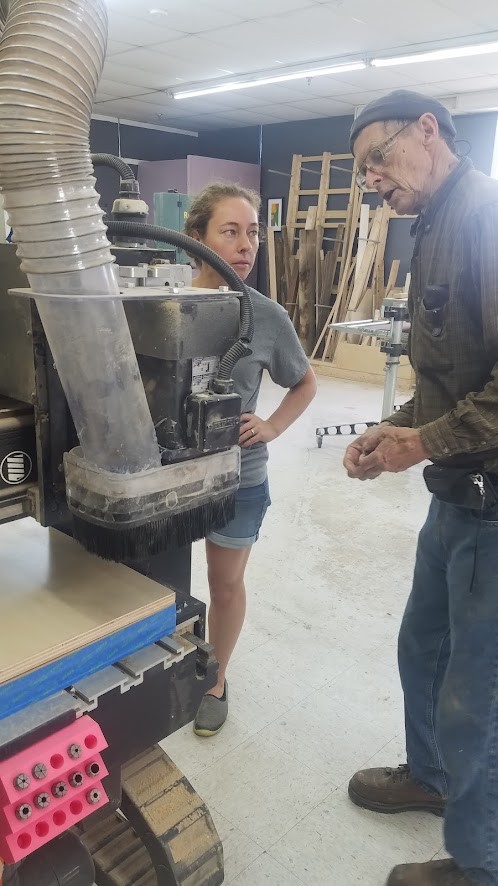 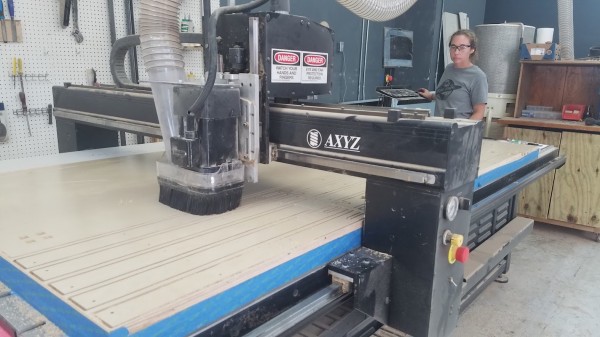 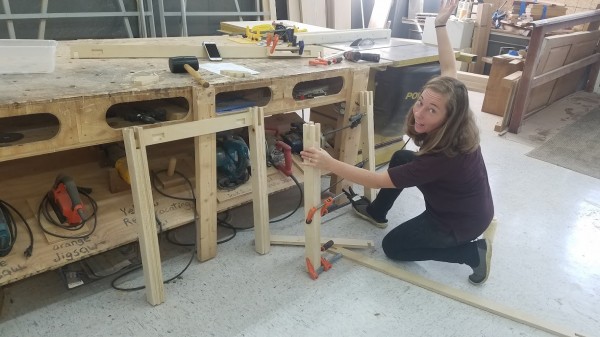 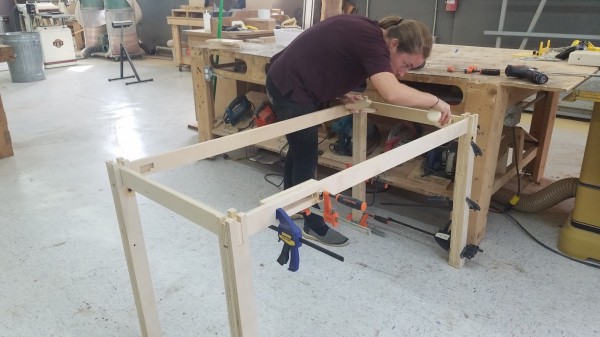