After 73 days, MozART's performance has come to an end. It's time to take a look at the data and see what 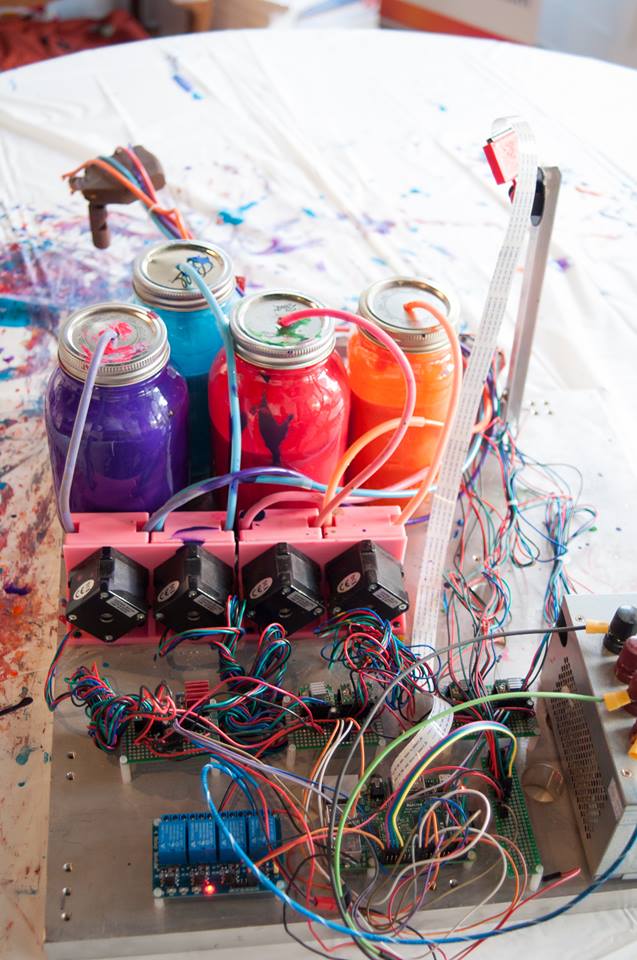 Lynchburg residents are playing and when they're playing it.

MozArt painted a total of 280,472 notes, all of which you can be found in its log file. I want to understand more about the notes that were played. Was there a popular note or a popular time to play? How many people played these notes? Were there any strange patterns in the data? Some of these questions are easier to answer than others, but let's give them a try and see what we can learn.

The plots below are generated using Python and matplotlib.

One way to find the most popular note is to generate a histogram, tallying the number of times each note was played. From this, a clear favorite emerges, C in the fifth octave. But why is the variance so extreme? Are people really playing C5 that much more frequently than any other note? My guess is probably not, and the reasons the data looks this way are likely a combination of the algorithm used to capture notes and the physical aspects of the microphone.

MozART has to decide how to handle multiple notes being played at once, and the way it does this is to simply choose the one that was played loudest. Since the microphone was placed at the far right end of the piano, the higher octaves would have had a greater amplitude at the microphone. So then why isn't everything skewed toward the high octaves rather than the center? The microphone wasn't designed to pick up high notes, it was meant to record people. I would expect that it's much better at detecting frequencies in the human voice range of 80 to 255 Hz. 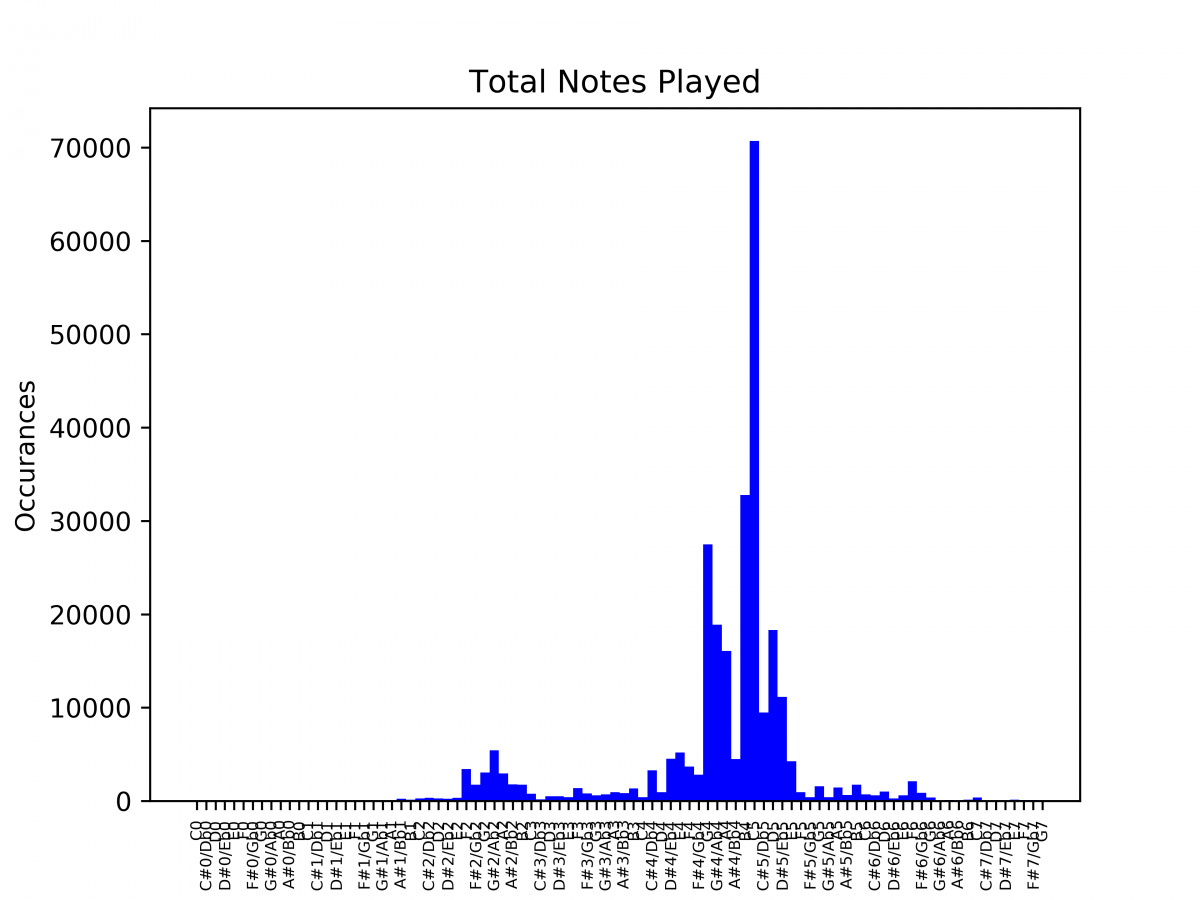 This is a difficult question. We certainly can't know how many unique players there were, but we can take a rough guess at how many times someone sat down to play the piano. If you were to sit down at the piano and start playing, you'd probably continue playing pretty regularly until it was time to get up and leave, but it's possible you'd take a few breaks too. So how long might those breaks be? If we guess a time too short, we'll inadvertantly count two players when it was really just one who was briefly checking their phone. If the time is too long, then we'll miss the player who was waiting in line and sat down right after someone else. I'm taking a guess by choosing 60 seconds as the time required between notes to be considered a new player. So how many players does that give us? 7,943. Over 73 days that gives an average of 109 players per day.

Finally an easy one. A bar chart of the notes played versus day of the week shows that Saturday and Wednesday are the most popular days, with Monday being the least popular. Sorry Monday. 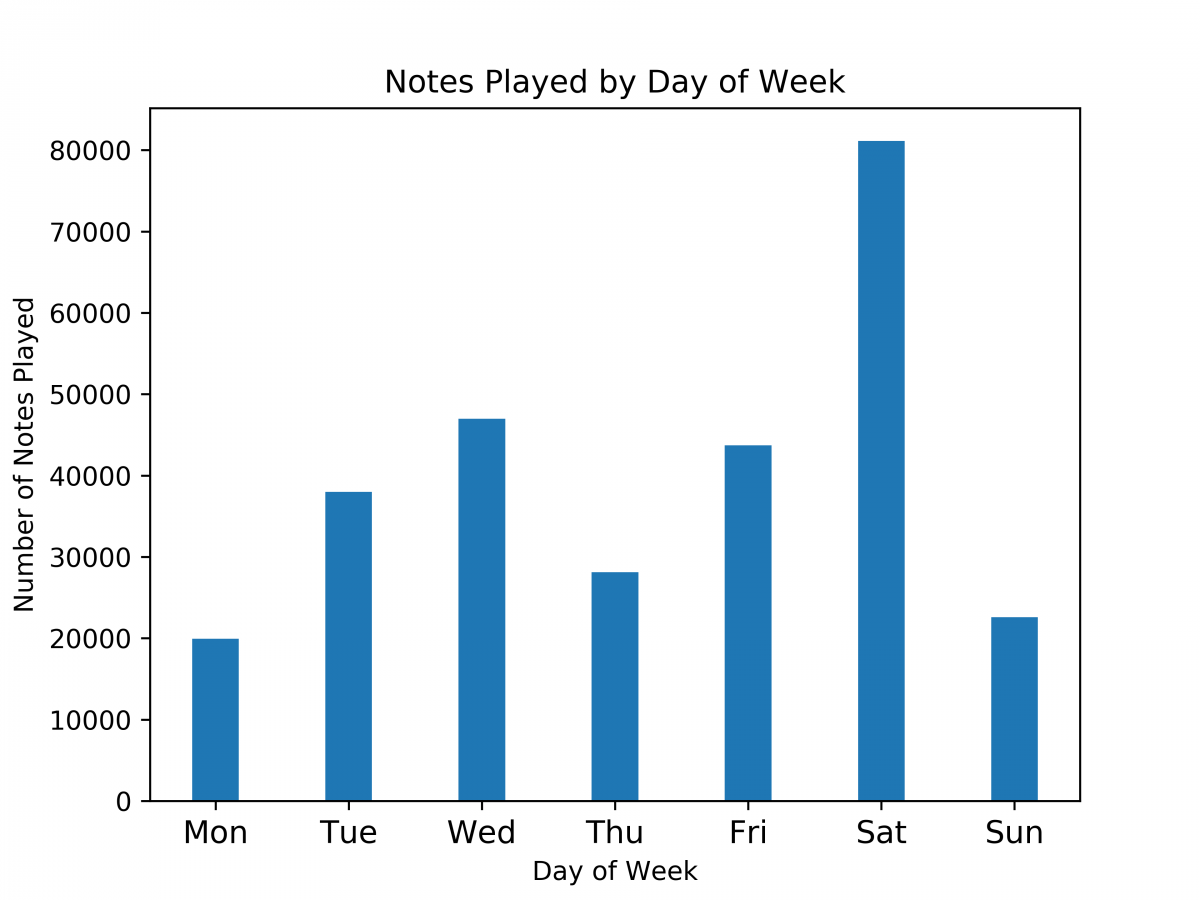 Real data is always fun to look at and it seems there's no end to what you can find. Feel free to look for your own patterns in MozART's log file.

Thanks so much to the Academy Center of the Arts and Hill City Keys for their partnership in this project, and to Lynchburg's Arts and Culture Grant. You can read more about MozART, the synesthetic piano here.