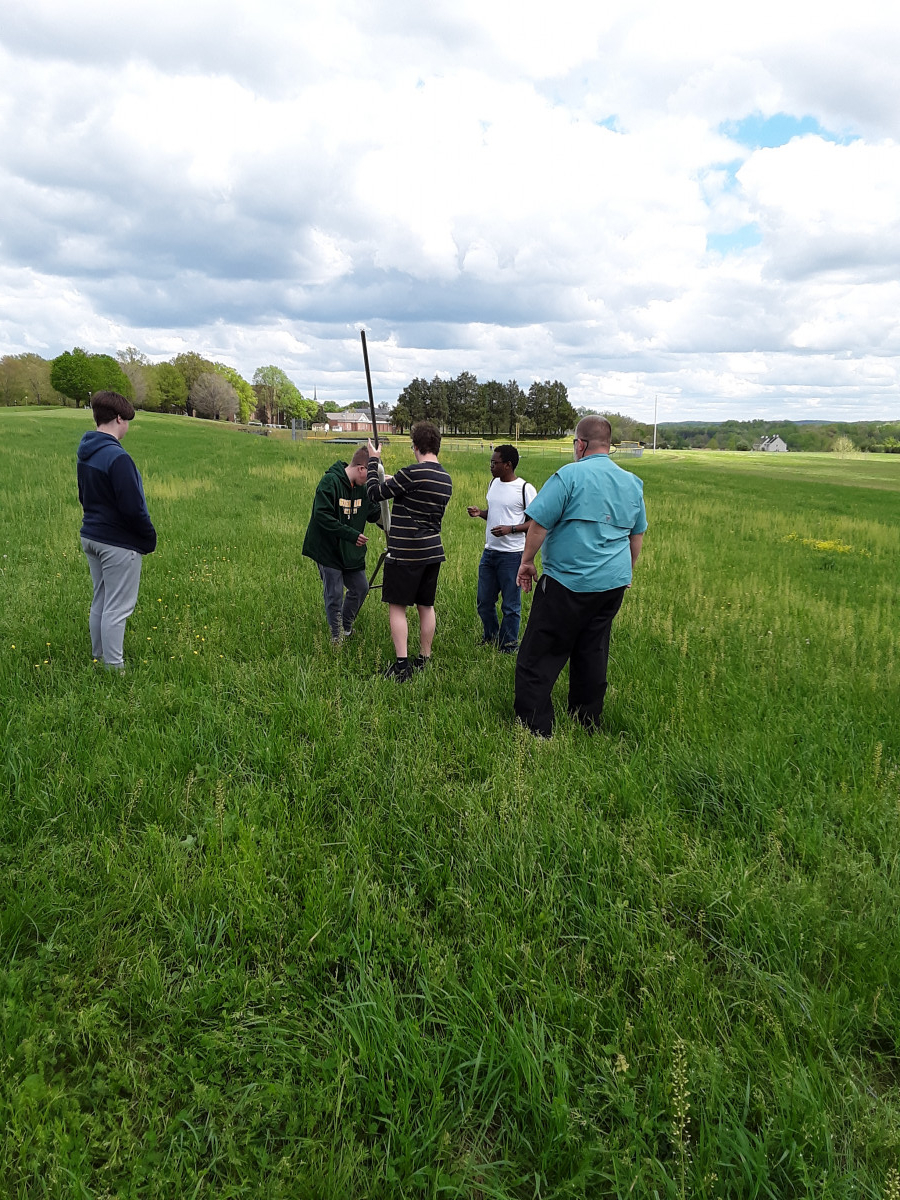 Five teens participating in a rocketry program at Vector Space are national finalists in the Team America Rocketry Challenge. The Final Fly-Off is at Great Meadows in The Plains, Virginia on Saturday, May 18, 2019. There, 102 teams from around the country will compete for more than $100,000 in cash and prizes, the title of National Champion, and the honor of representing the United States at the International Rocketry Challenge in Paris, France from June 19 - 23, 2019.

The Vector Space team is lead by National Association of Rocketry member Mark Miller and Vector Space Director of Education Adam Spontarelli, and is one of only four teams in Virginia to qualify. Nationally 830 teams competed to attend the finals, with 76 of those teams from Virginia. Students have spent more than forty hours designing, building, and modifying their rocket each week at Vector Space since February. They spend Sundays at Sweet Briar College, test launching their rocket and recording flights, making note of needed adjustments. “This competition is designed to be a scaled down version of an actual aerospace payload mission”, says Miller, “it teaches the students about all the factors which can affect their flight and what is required in order to accomplish the mission.”

In order to prepare for the national finals, the team has extended their program and brought on former NASA astronaut and STEAM education advocate Leland Melvin as a sponsor and supporter. With Melvin’s support the team will purchase more motors and igniters for their rockets, acquire team uniforms, and make the trip to Northern Virginia in May.

The Team America Rocketry Challenge is the world’s largest student rocket contest and a key piece of the aerospace and defense industry’s strategy to build a stronger U.S. workforce in science, technology, engineering and mathematics (STEM). Sponsored by the Aerospace Industries Association (AIA) and the National Association of Rocketry (NAR), the Team America Rocketry Challenge was created in the fall of 2002 as a one-time celebration of the Centennial of Flight, but by popular demand became an annual program.