For one week in July, Vector Space was turned into a full service, bike-hacking, pedal zone. With donated bikes from Bikes Unlimited, Scene 3, The Bike Shack at Lynchburg College, and L. Oppleman, we had frames, handlebars, and chains for days. The camp was lead by myself and my husband Adam as well as Jawansa and Michelline Hall, the dynamic duo behind Blackwater Branding.

On Monday students were introduced to our sponsors and the accompanying bike designs; each student chose their sponsor/bike combo and got to work planning. While the designs had a general direction, there were still several choices and modifications for students to decide on structurally, as well as all of the visual design elements. Over the next five days students brought their sketches to life. They rummaged through used bikes and tagged parts that they would use in their design, as well as marking where cuts and welds needed to be.

Days two and three were focused on disassembly and reassembly; each student learned to use an angle grinder (and when to use each of the cutting, grinding, and sanding attachments), and finally: welding. Using a mig welder students tool recycled bike tube and square steel tube and joined them to create new bikes. In the meantime, students were also working on visual design: vinyl cut stickers, paint colors, stencils, and sponsor recognition. The Halls taught spray paint techniques to create gradient effects and crisp, clean lines.

Some students needed to build seats or other additional bike parts, and then it was time to put things back together. With an extra day for installing brake lines and pedals, they finished up and took their bikes for a test ride.

The big reveal will be at Lynchburg's Get Downtown festival on September 8th from 6-9pm. The Vector Space booth will be on Main Street between 9th and 10th streets, in front of Favored Flavors. We invite you to come out and see the Pedal Parade, speak with the students, and maybe be inspired to do some bike hacking of your own! 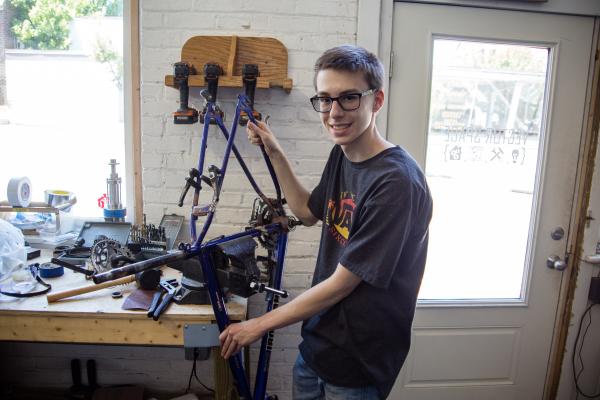 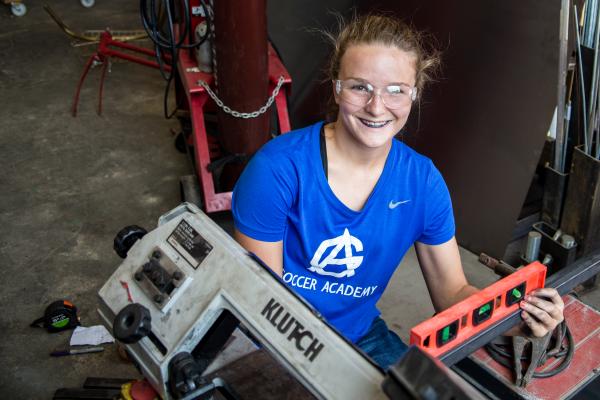 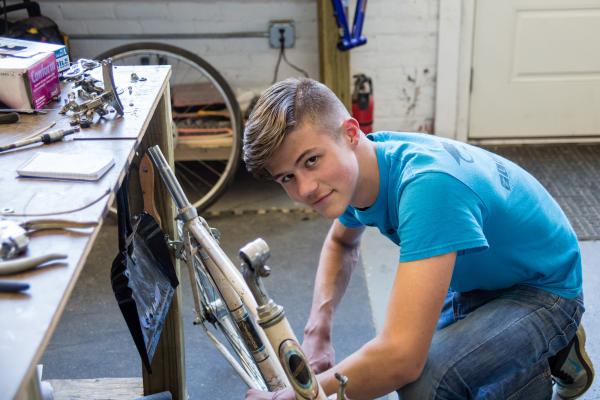 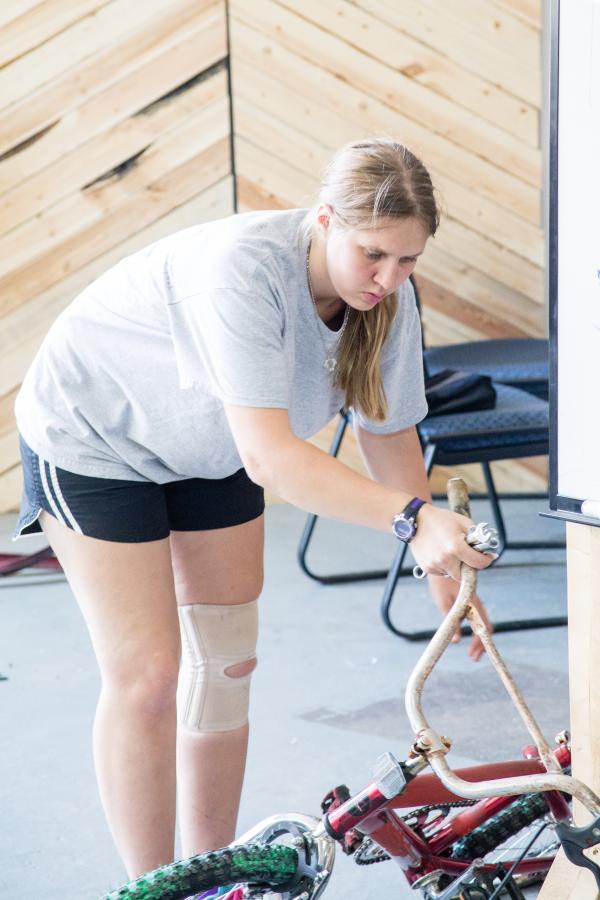 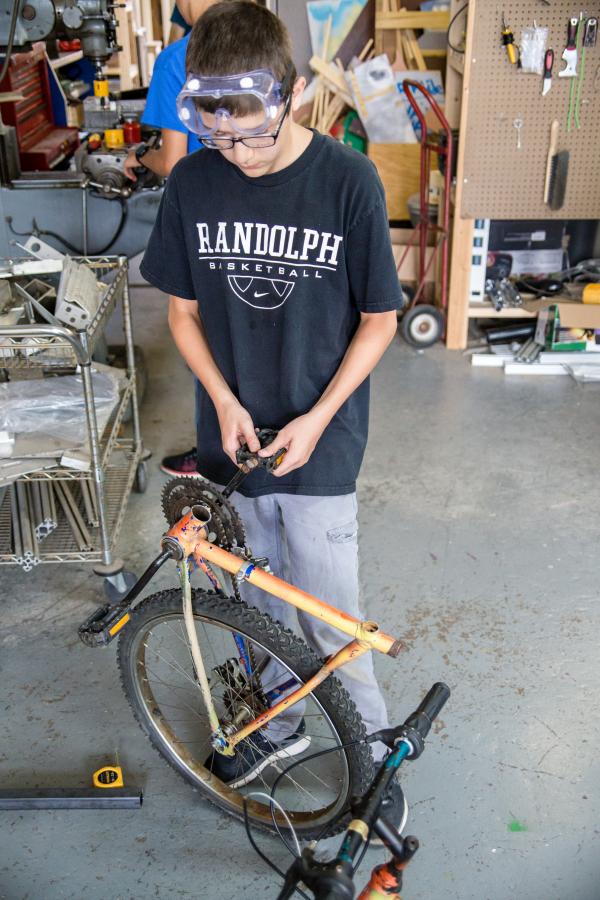 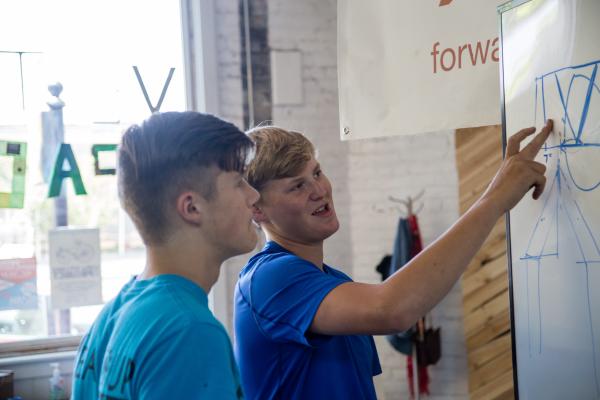 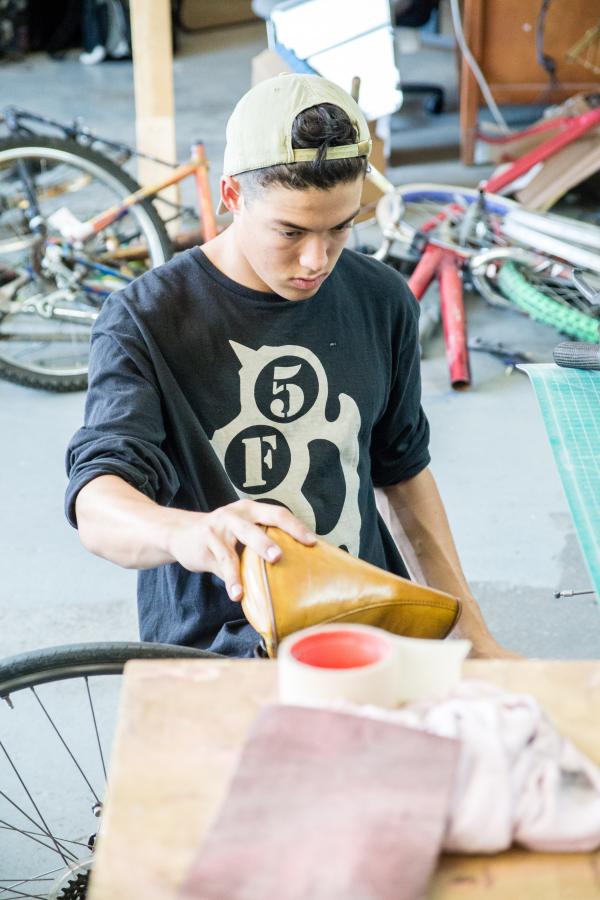 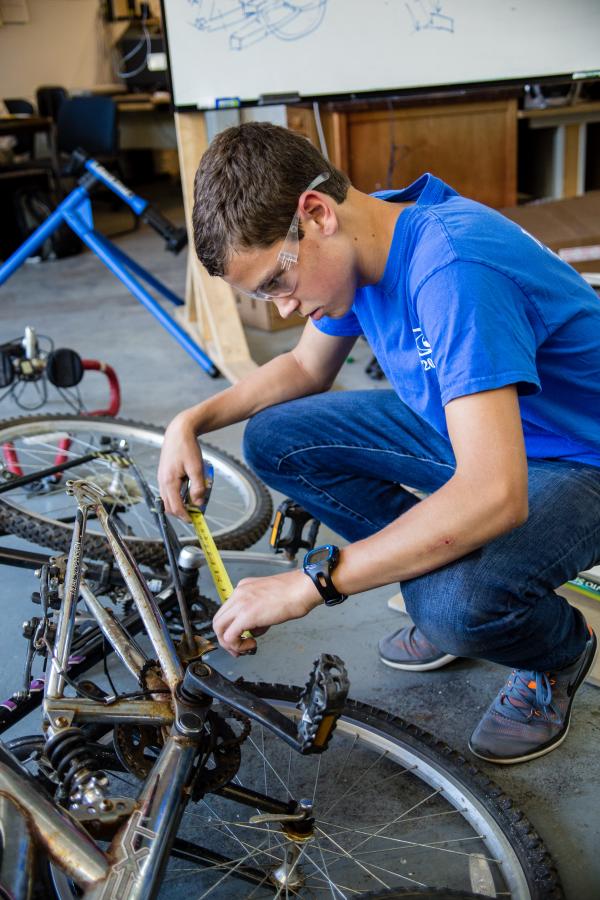