When I share stories of our student projects at Vector Space, I almost always find an interested listener. And when that listener sometimes submits their idea for a future project, it often comes with the larger suggestion that an urgent and pragmatic need be filled, that students make 3D printed prosthetic hands or braille readers for the blind or traffic counters for the city. There's nothing particularly wrong with these ideas, in fact we've done our fair share, but as much as they are offered with great intentions, they are also offered in naivete; a lack of understanding about the differences between novices and experts in their capacity to develop solutions to real world problems, and a lack of understanding about what it is that best engages and educates.

It may be that while reflecting on these conversations, I decided that for our next project, students would make and race go-karts. While it may be true that if we had instead focused our efforts on developing a hydrogen fueled car, we may have contributed to the prosperity of millions, but what would it mean for a student without the necessary prior knowledge to participate in such a project? The further from prior experience the task becomes, the less involved the students will be, until at some point they no longer play any meaningful role but serve more like passive viewers, streaming an interesting documentary. In contrast, by making a go-kart, an endeavor that I would readily admit solves no practical problems other than the education of 8 high school students, the students involved were hands on in nearly every aspect. Though they did not design the karts, they were given a budget and chose a design they thought would fit. They provided a bill of materials to their instructors, and over the following weeks, parts started pouring in. Our pile of steel tube gradually whittled away as students interpreted engineering drawings in order to cut parts to the right length and angle, learning the use of different saws for different situations: the horizontal bandsaw for straight cuts, the coldsaw for mitered cuts, the vertical bandsaw for steep or compound angles, and the belt grinder for cleaning up rough edges. The assembly of nearly one hundred different parts into their exact location in three dimensions is no easy task, a lesson these students learned again and again. The inaccuracies of each cut add up during assembly, until what was once a single degree becomes inches of misalignment, and the best way to move forward isn't to demand greater precision, but to use methods of assembly that compensate for such errors. Once parts were temporarily fixed in place, the welding began. It's tempting to think that the short edges of 1-1/4in square tube couldn't possibly amount to very much surface to be welded, but by the power of multiplication, those many edges had students welding for eight weeks, consuming twenty pounds of welding wire in the process. It's not just the fitup that poses challenges. In the process of mounting the engine and seat, students learned that the best approach is far from intuitive. Making an engine race ready isn't just a matter of bolting it in place. A three degree wheel camber and two degree toe in isn't a simple thing to measure.

Even when your first test drive has nuts rattling loose and parts falling to the ground, there's something deeply satisfying about driving your very own creation, something that urges you on when you would otherwise become discouraged by setback. With every test drive came inspiration for improvements and reminders of the disastrous effects of vibration on bolted connections and the importance of torque specifications. Every engine misfire, steering difficulty, broken bolt, and braking deficiency posed a new mystery to be solved, and by the end of twelve weeks immersed in the life of a go-kart maker, these students became suddenly capable of finding solutions. But let that not overshadow the feeling of driving your kart 30 miles per hour over dirt and mud, of racing your friends for the glory of the best lap time, and of rescuing them from deep within the woods where their wheel sheared off on an oak tree. This is how we impact a handful of lives as best we can.

Thanks to instructors Adam Spontarelli, Eddie Nemitz, and Jeremie Carriaga. 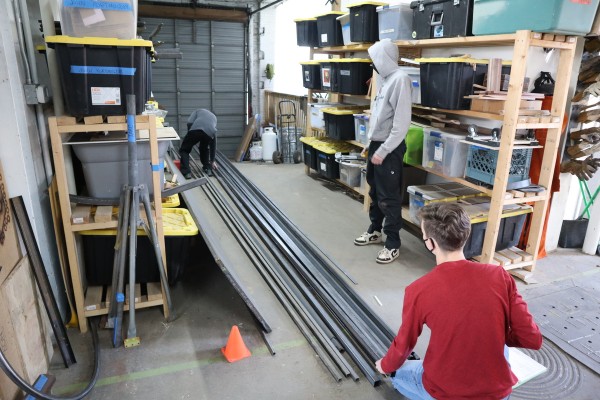 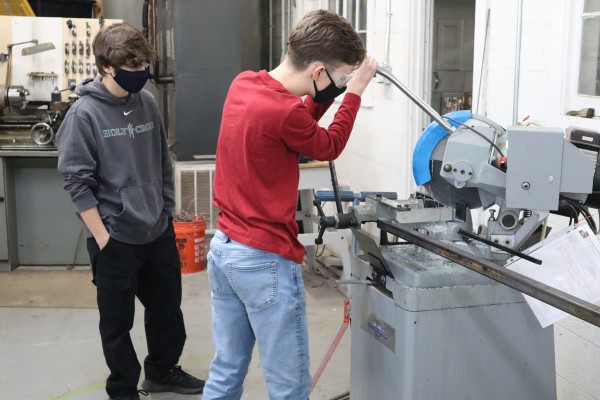 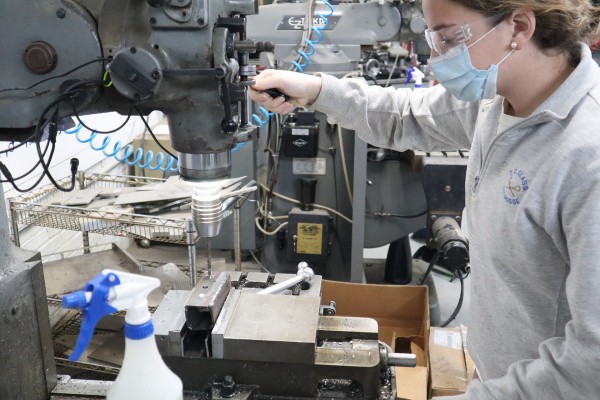 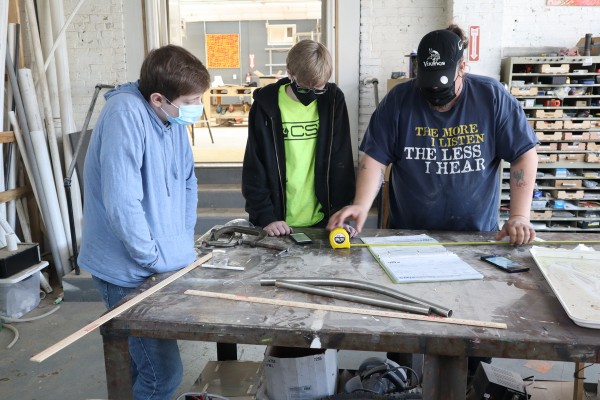 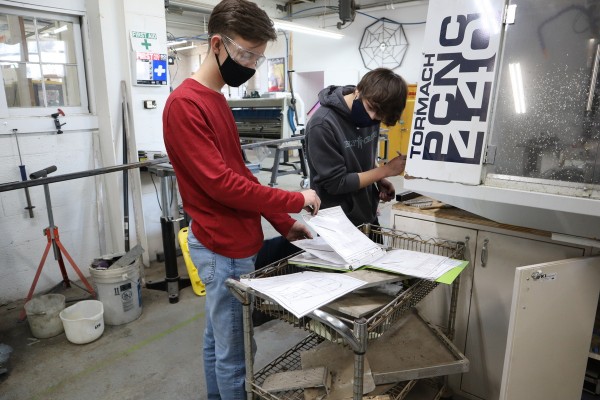 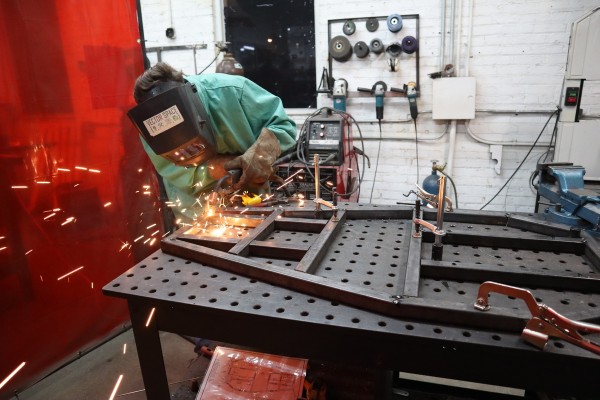 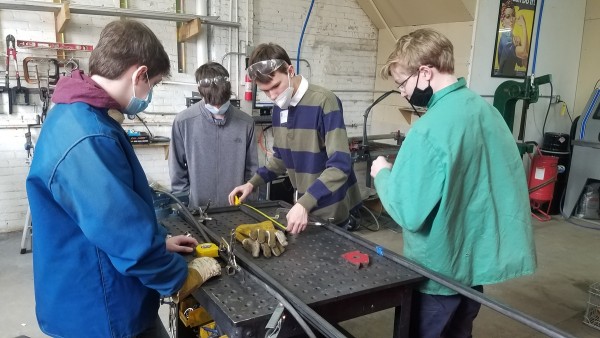 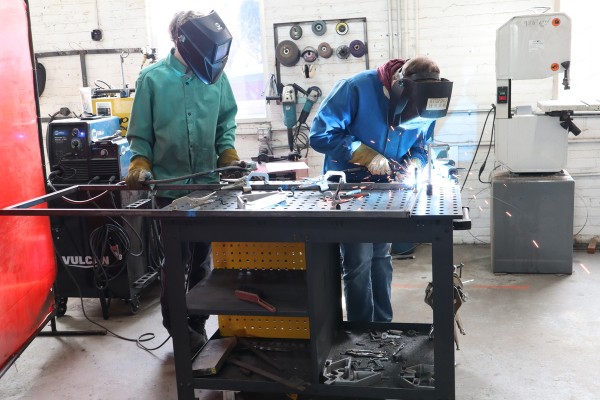 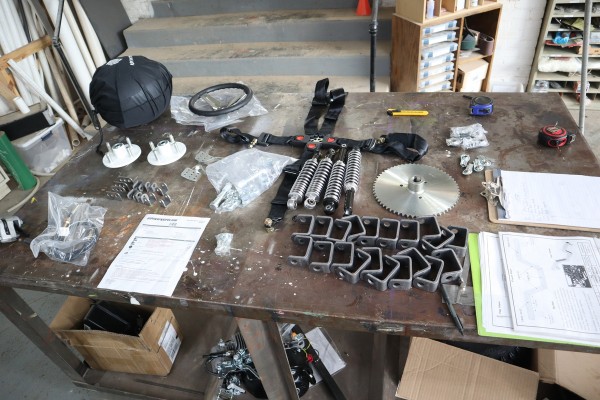 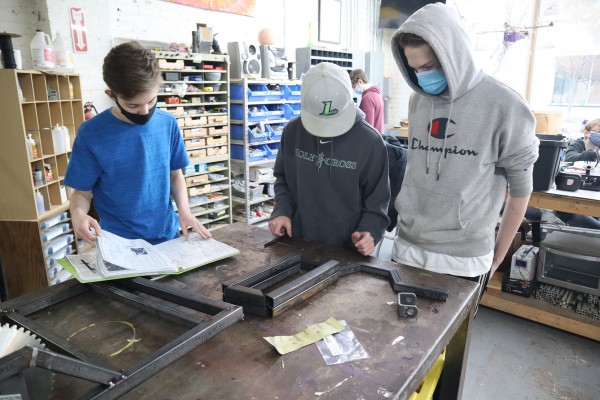 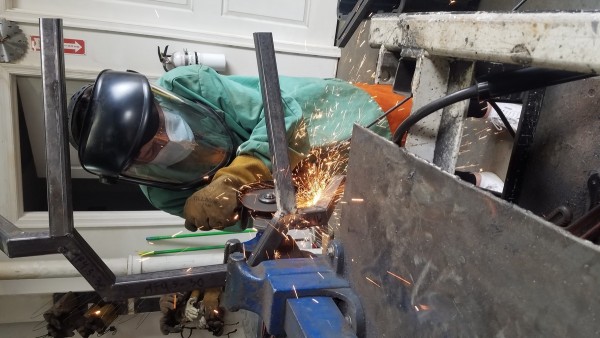 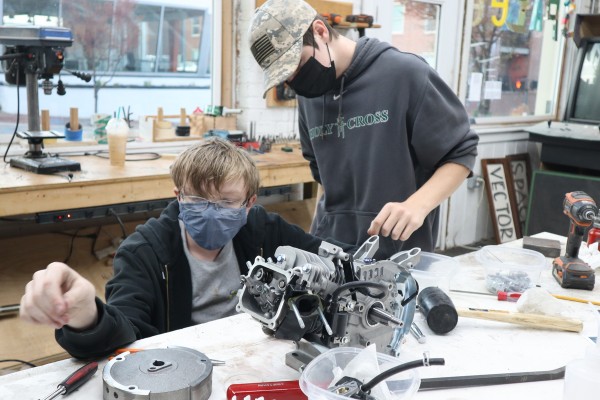 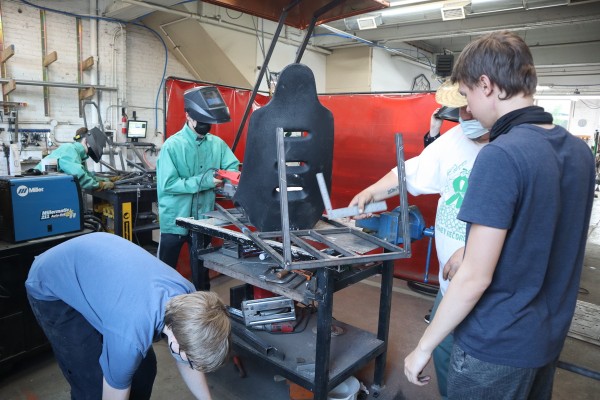 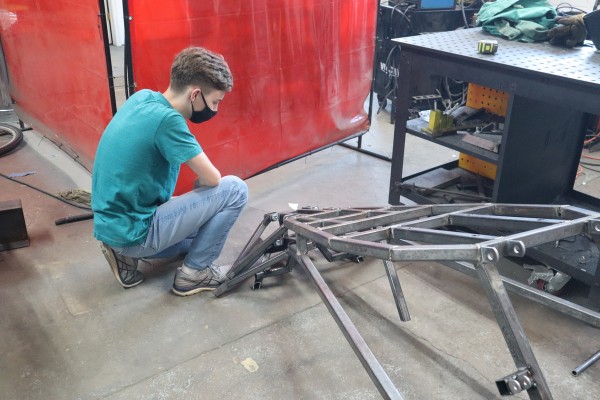 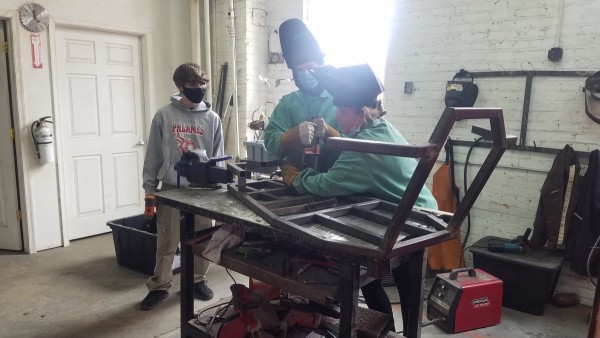 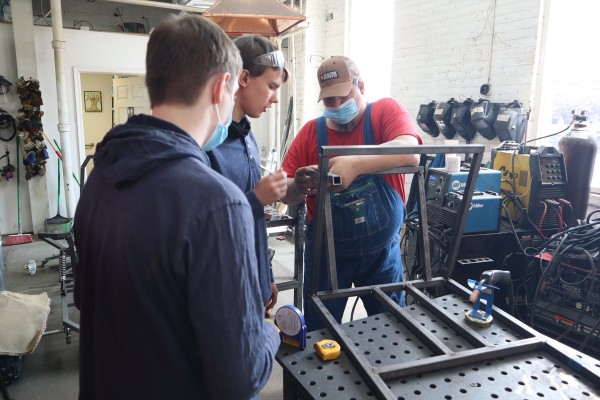 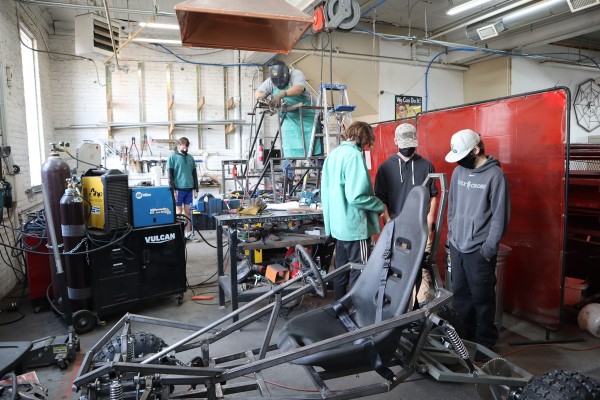 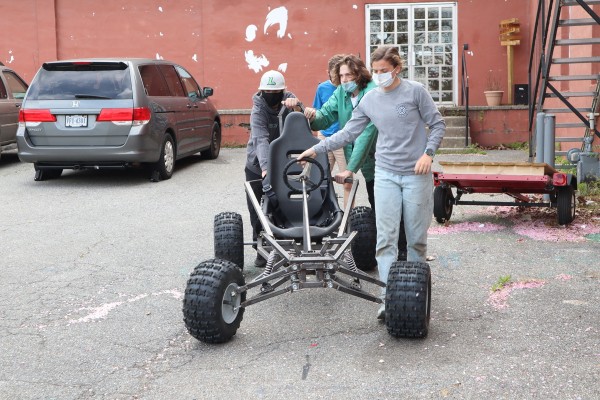 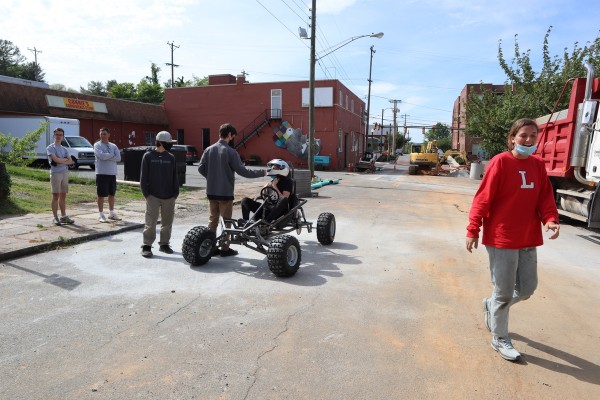 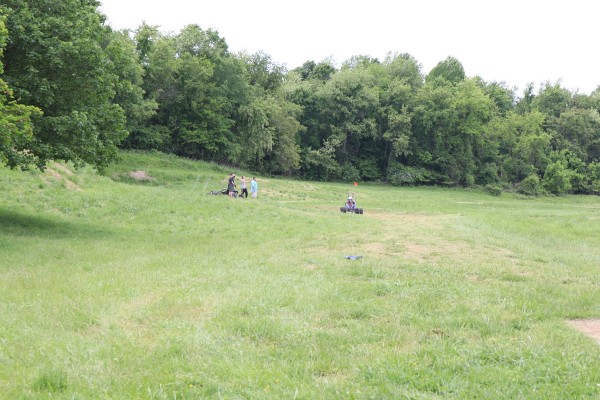 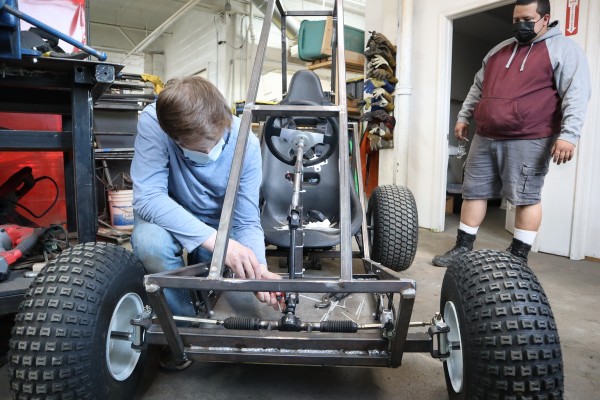 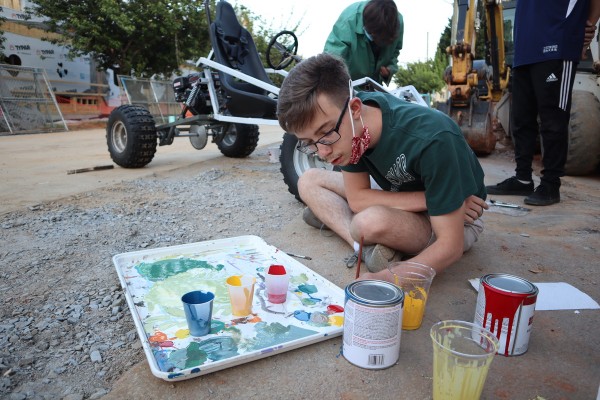 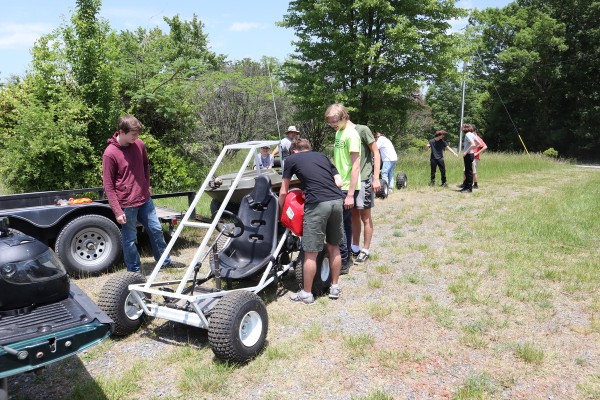 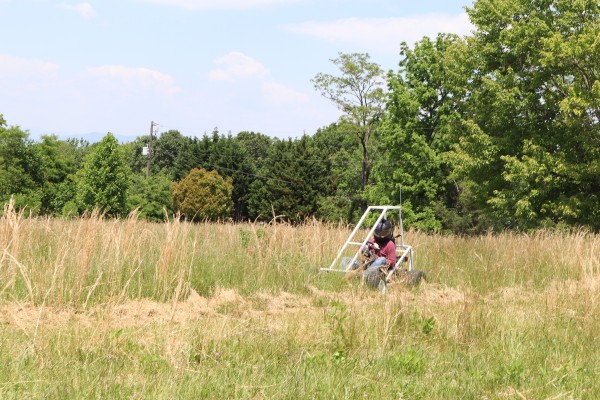 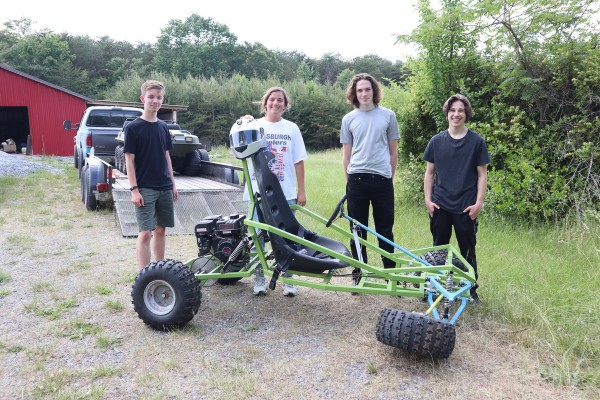 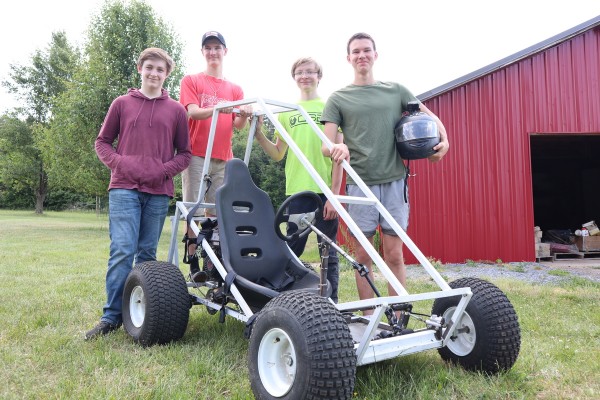 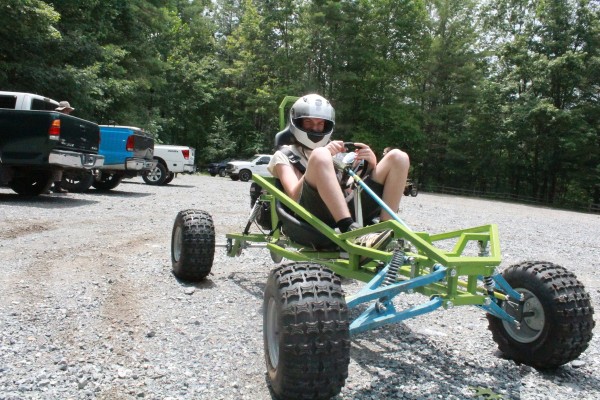 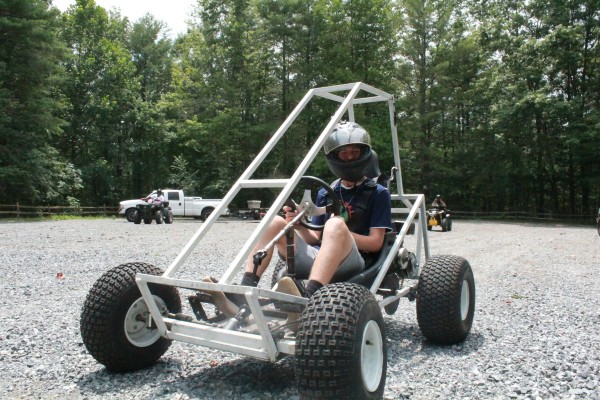 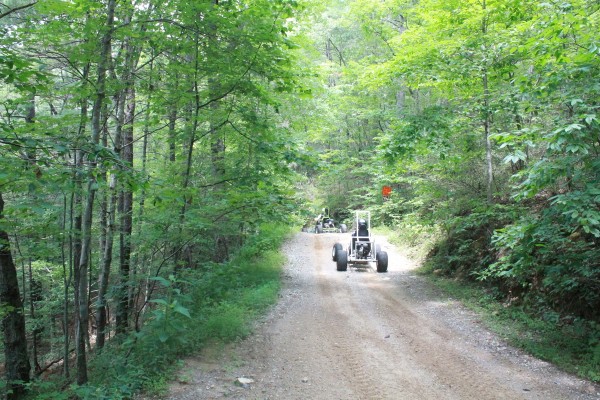