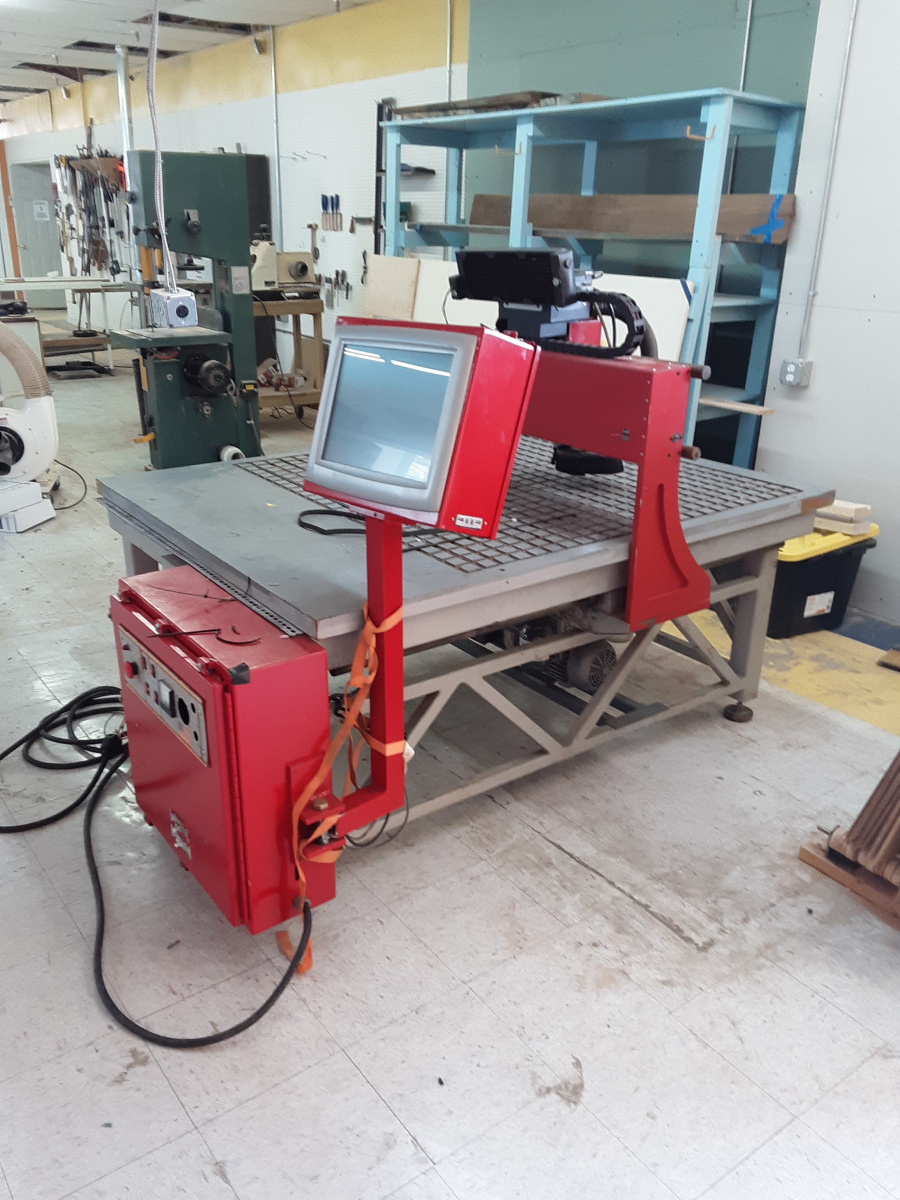 We have a Shapeoko 2 and a Phoenix-GS5 CNC router. The Shapeoko is a small, light duty but simple to use machine with a 2x2' cutting area. The Phoenix is substantially more robust, has a 4'x4' cutting area, and uses a workflow similar to our other CNC machines (plasma, tormach).

The CNC router workflow looks very much like that of the Tormach and the CNC plasma cutter. Step one is to create a drawing that you want to cut (CAD), step two is to assign paths for tools to follow (CAM), and step 3 is to send the gcode created by the CAM software to the machine controller. There are many ways to complete this workflow, but included in this section are descriptions of how to make a successful cut with two different sets of software. The first is the most simple, the second slightly more challenging.

One method of getting from idea to CNC routed part is to create your CAD design in Inkscape, then use SheetCAM to generate the tool paths. If carving a 2D design like a sign, this is the quickest and simplest method. See the [[cnc-plasma-cutting|CNC Plasma]] guide to following this method.

Another method of using the CNC router is to use a program like FreeCAD to generate your 2D or 3D model, then also doing the CAM within FreeCAD. The benefit to this approach is that everything is done in a single program, and that the program is significantly more powerful and capable of handling 3D designs.

The Shapeoko can also be controlled with the workflow described above, but it also comes with a software package called Easel, which is meant to simplify the process.

Another method of operating the Shapeoko is to send it gcode directly. There are many ways to generate gcode, but one method is to create something with Easel, then export the gcode from Easel and import it into Universal Gcode Sender. In Easel, go to Machine > Advanced > export gcode.

The Linux computer connected to the Shapeoko sends gcode to the router using a program called Universal Gcode Sender. You can find it under Applications>Graphics>UGS.

Here are the basic steps to setting up your cut and using Universal Gcode Sender.